Home Cleo Thoughts A Quilt for the Angels of Bataan

A Quilt for the Angels of Bataan

“They were trailblazers for women in the military, for the Army Nurse Corps. They set the example for the rest of the services. Their story told the world…that women are tough, they can serve in combat and they can survive.” 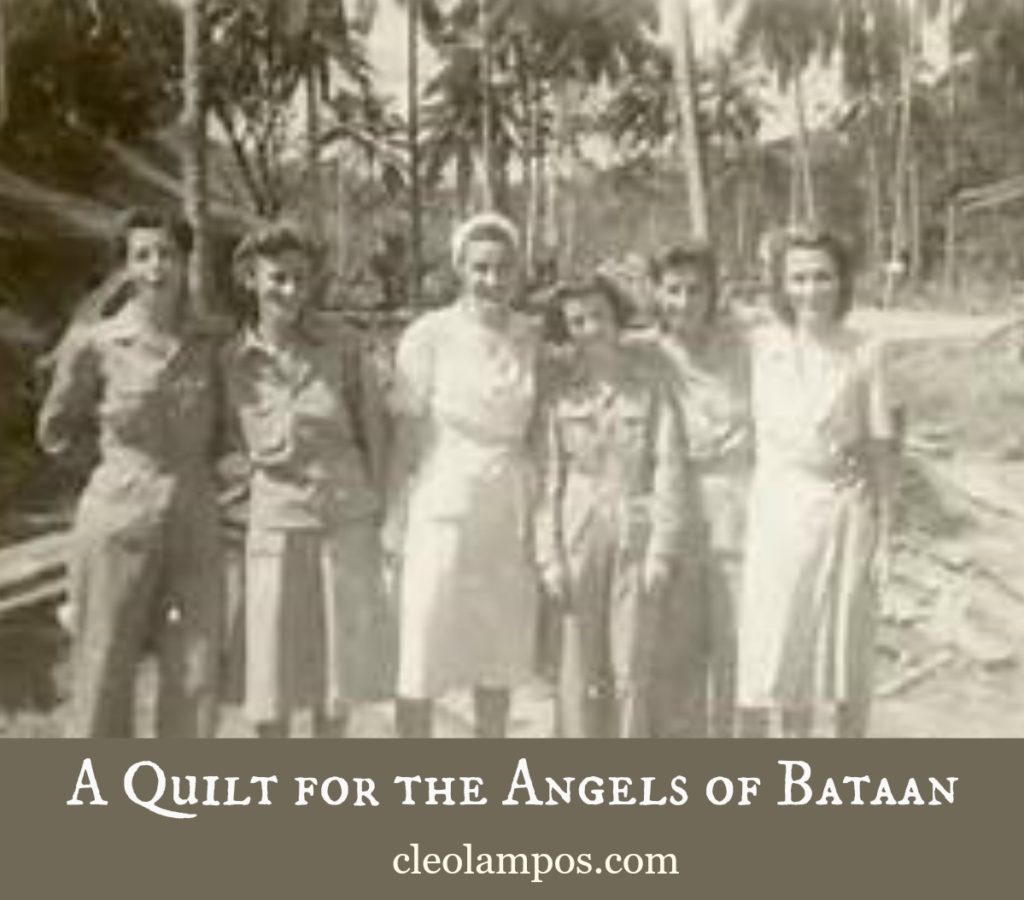 The 99 Navy and Army nurses, known as “The Angels of Bataan”, grew up in the Great Depression. Some of the women even endured the drought, dirt and deprivation of the Dust Bowl, eating Jack, biscuits and beans every meal of their lives. Others dined on dandelions or tumbleweeds.  All lived in communities that knew how to hunker together to survive. That was how their parents made it through a decade of foraging for food, creatively fashioning tools, collecting fabric scraps to stitch into breathtaking quilts, and consoling one another at parlor room wakes. These young women witnessed the deep faith that underpinned the lives of the adults who raised them in desperate times. Like their parents, one day they would draw on that faith to endure uncharted challenges.

These young women were recruited by government workers who combed the small towns ravaged by poverty, seeking persons who knew how to face adversity. And wanted a ticket away from obscurity. With no military or survival training, the high school graduates signed up as Army or Navy Nurses. These medically trained inductees held the rank of second lieutenant and were universally addressed as “Miss”.

Little did they know that the life skills learned in their youth would prepare them to face indescribable hardships as they battled for the lives of the GI’s in the jungles of Bataan and in the Japanese prison camp in Manila.

Finding the Courage to Live

Right after Pearl Harbor, the Philippines fell under Japanese attack. The Army and Navy nurses were the first unit of American women to be sent into service so close to the front lines of battle. They quickly learned day by day to treat the wounded. Not in hospitals, but in outdoor clinics in the jungles of Bataan. Ruth Straub wrote in her journal about the first field hospital on Bataan. “It is jungle land and everyone lives under trees. Rows of beds snuggled under the trees with narrow winding paths between them and the night sky overhead.”

Laboring 24 hours a day for four months, the nurses cared for 6,000 patients while bombs whistled around them. In one day, January 16, 1942, the nurses aided the doctors in 187 major surgeries. The conditions defied medical standards. Lack of mosquito nets led to malaria and dengue fever among patients and staff. Swarms of flies contaminated the meager food and water supplies with dysentery and other parasites.  Watching the women endure the same risks and illnesses as themselves, the soldiers fought with inspired courage. But in May, the US forces surrendered to the Japanese and the men were sent on the Bataan Death March. The nurses escaped under sniper fire, mines, and explosions to the Manila Tunnel where they tended the wounded. By then, they had earned their nickname, “the Angels of Bataan and Corregidor”.

The nurses were taken prisoner, sent to Manila and held at a Japanese prison camp at Santo Tomas University with 4,000 prisoners. According to Nurse Mildred Manning, “We were scared and tired, but we kept working. We were under terrific strain, but we just did our job even when we were weak from not eating.” During the imprisonment, the nurses treated fellow prisoners while suffering from beri-beri, dengue fever, malaria and malnutrition. “When your world is crumbling around you, you need this kind of structure,” said Elizabeth Norman, associate professor of nursing at New York University.

The nurses assessed their fragile physical and mental reserves and knew they were dying after three years of prison life. They realized that the whole camp was on a death watch with a clock ticking. They made cynical jokes about it, but Lt. Palmer states, “None of these nurses ever expressed a fear to me about their own deaths, ever, either in battle or in the camp. It appeared to take more courage to live than to die.”

On February 3, 1944, the 1st Cavalry Division and 44th Tank Battalion burst through the prison gates. The nurses joined the prisoners as they cried and screamed, then sang, “God Bless America.” When they left the prison on February 22, the women helped one another walk, stumble or limp to the trucks awaiting them.  Each refused to be carried out. Ninety-nine nurses. One hundred per cent survival record. A feat unmatched to this day. A tribute to the years of childhood that taught them to hunker together, believe together, and make sure everyone walked out together. 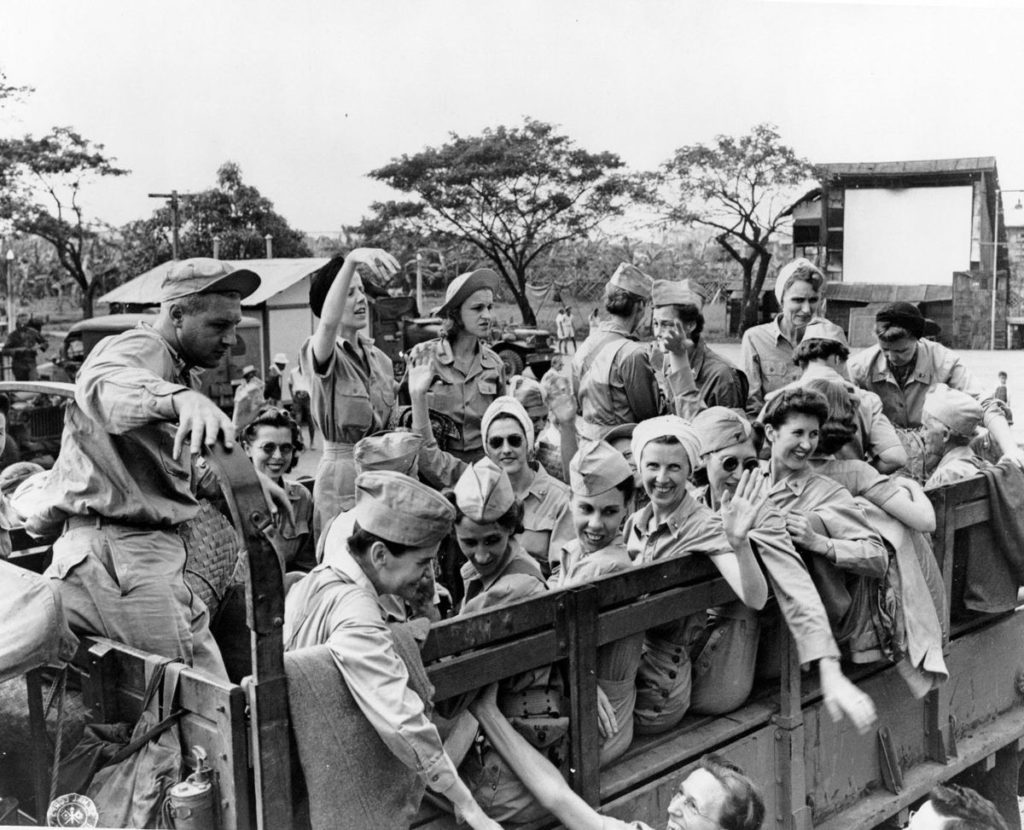 The nurses returned to the States to resume their lives. They married, went back to military service, or worked. The government did not follow up on them, or understand the impact of their experiences on fertility, cancer, heart disease, chronic gastrointestinal problems, or dental work. The emotional and PTSD issues that resulted in relationship problems or suicide attempts never reached the government’s desks. The nurses suffered in silence, another lesson they had learned as they grew up in the depths of the Great Depression.

The children of the 1930’s came to terms with life at an early age, and stared fear in the face:  just as their parents did on a daily basis. As young adults, they took on the perils of war with the same meddle as they had shown in their growing up years. Even as parents themselves, they coped with lingering memories and horrors, but rose to the challenge of building a better life for their children.

They have all become what we now know as The Greatest Generation.

The Angels of Bataan did not have quilts or comforters to wrap around themselves while on the battlefield hospital or in the prison camp.  In honor of these women, let this Nurse’s quilt be dedicated to their service and an example of unselfish devotion.

“These, then, were the values installed in the four young Gates girls: hard work, education, perseverance, self-reliance, care-taking, and independence. With this as a foundation, it hardly seems surprising that one of them would eventually earn the title of hero.”
From the book, Marcia Gates, Angel of Bataan by Melissa Bowersock
“They were the largest group of women POW’s in the history of our country. But there was so much going on- the events at Pearl Harbor, the war in Europe, that their story has been swallowed up.”
-Elizabeth Norman, author of We Band of Angels

“We weren’t brave. We were just doing our job.”
– Lt. Helen Cassiani Nestor, Angel of Bataan 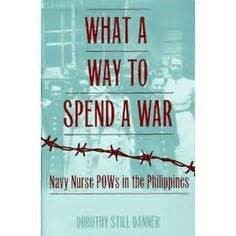 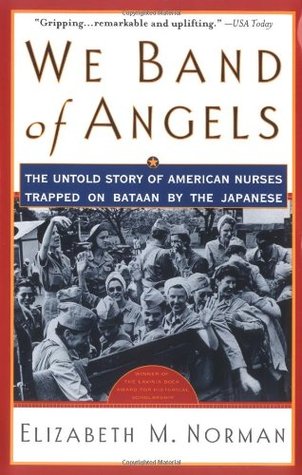 Photo of nurses used for meme from www.centralmaine.com.