“I think I reach people because I’m with them, not apart from them.”   – Loretta Lynn, singer 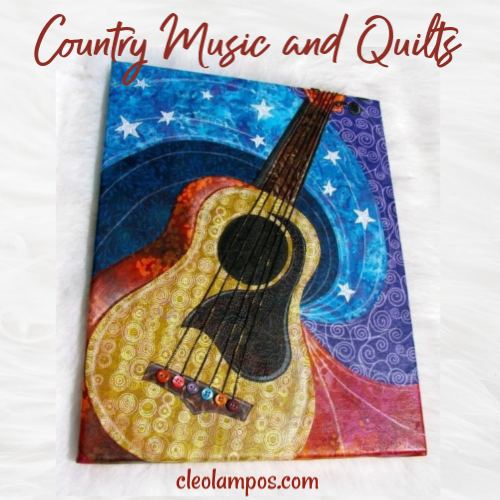 Quilt is from trinastrinketts.blogspot.com and made by Stephanie Urban.

The Ken Burns’ television series about Country Music has brought so much enjoyment to my husband and me. With a snack of potato chips, we sing along to songs we had long forgotten. We smile at the remembrance of singers stuffed in the remotest memory section of our brains. The trip down the road of country music satisfies our souls.

Then the words of a tune by Loretta Lynn broke into my closely guarded childhood recollections. The chorus warns, “No, don’t come home a-drinkin’ with lovin’ on your mind.”  Listening to the verse conjured up too many traumatic nights of my step-father as he staggered through the door, and my mother having to deal with the fallout of his night of drinking and spending the paycheck.

Like youngsters from bygone years to those of today, many moonlit shadowy hours are spent huddled under a quilt, listening to adults arguing. Loud voices shattering a child’s dreams with realistic nightmares.

Visions of Carrie Nation and her crew breaking liquor bottles in pubs come to mind. Women marching to get men out of bars with a paycheck still intact. Again, not mental pictures on which anyone wants to linger.

Women advocating abstinence from alcohol brought the battle of the late 19th century to the quilter’s hoop. The Woman’s Christian Temperance Union, established in 1874, approved of their members creating quilts to provide financial support of the organization. These quilts were raffled or auctioned off to raise awareness and a sense of community. They also adorned meeting rooms and decorated fair booths. For the cause, running stitches from needles bound three layers of fabric in record time.

A number of patterns projected the fervor of the creator of the quilt. Drunkard’s Path was a favorite. Bear’s Paw, the Temperance Tree, and Crazy quilts also communicated the feelings of stitchers, and the 350,000 members of the WCTU. Creating these comforters provided a sense of mission, a way to connect with others, and a source of revenue for the expenses of fighting alcohol’s devastation on the home. As I view the needlework of these women from another era, my heart beats for their suffering. I try not to ponder the fate of those trapped in similar situations today. 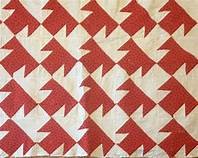 Quilts were made with a T for Temperance

In an interview for NPR at WBEZ 91.5 Chicago, Loretta Lynn admitted that her iconic lyrics were written with her husband’s behavior in view. “If a man drinks, he’s come home drinking.” Her music reminded her husband, and many other men, that “liquor and love, they just don’t mix. Leave the bottle or me behind, and don’t come home a-drinking with loving on your mind.”

The problem of overindulging in booze is as old as mankind. It ebbs and flows with the social norms and economy of the times. As long as there are bars, there will be drinking with uncomfortable homecomings.

And quilts that hold the memories of all these events.

For some more examples of Temperance quilts, visit these sites: