“With no money to feed the body, how could they feed the mind?”- Eleanor Roosevelt 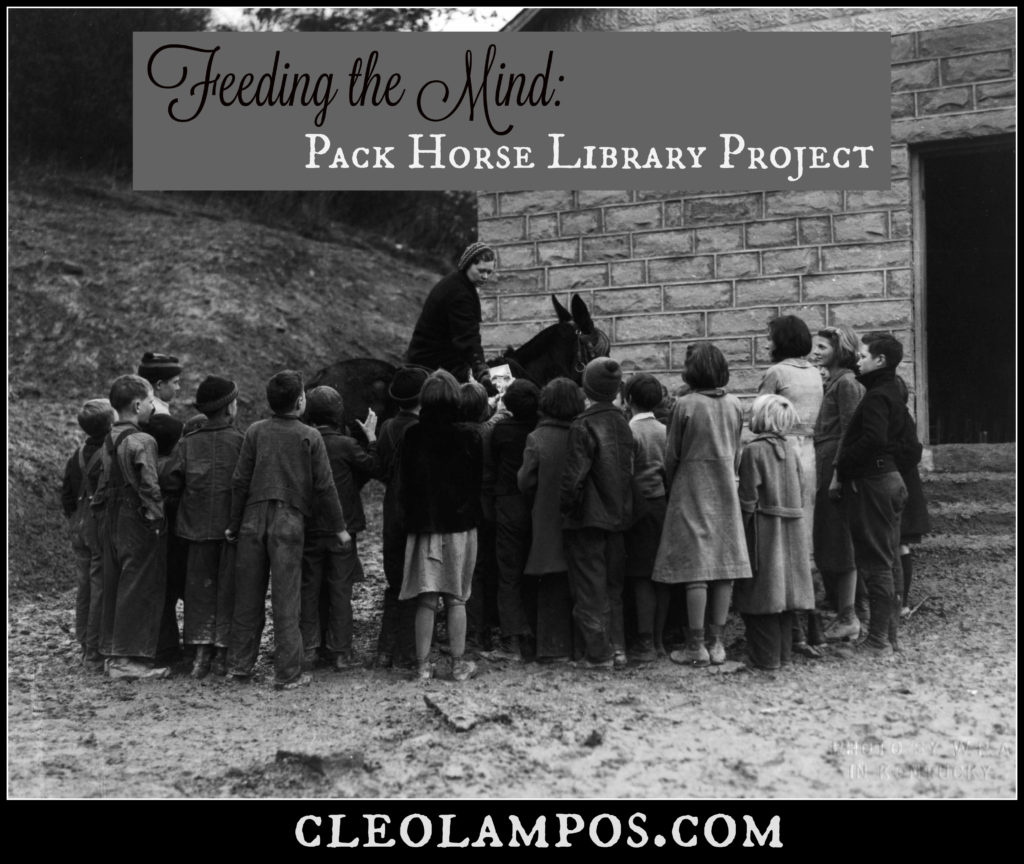 The search for dedicated women to serve as librarians began with the impetus of Eleanor Roosevelt as she cooperated with the WPA, Work Project Administration. The WPA was created by her husband, President Franklin Delano Roosevelt, as a way to get men back to work in 1935 when the country tottered on the brink of starvation. But Eleanor knew that women could not do the backbreaking hard labor in the WPA, so she encouraged the creation of jobs for the many women now heading households. Meaningful tasks that utilized their skills: health services, school lunch programs, sewing projects, and libraries. 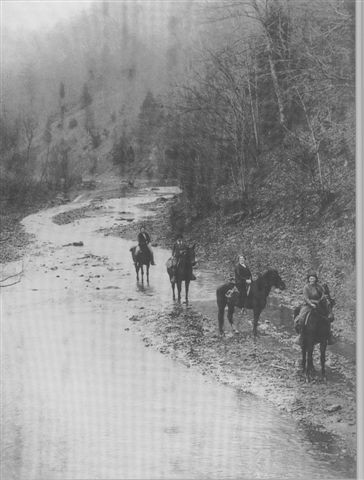 That’s when the Pack Horse Library Project of Eastern Kentucky was conceived. Eleanor realized the difficult road ahead for the librarians on horseback because there were no paved or gravel roads in that section of Kentucky. Or telephones, or newspapers, or radios. A section of terrain with one-room school houses hugging the incline. Mining camps dotting the flat areas. Weathered wooden cabins nestling near crooks and hollows that cut the populace from the outside world. Mountain folk hungry not only for vittles, but for nourishment of their imaginations and knowledge.

Pack horse librarians were a gritty breed. For $28 a month, they traveled on rocky terrain in all kinds of weather with saddlebags filled with books and magazines. The creek beds named Hell-For-Sartin, Troublesome and Cut Shin hampered their weekly treks of 50-80 miles, but the librarians persevered because they were committed to the value of their job. They were feeding the minds of Kentucky’s mountain folk with the power of words to transcend daily life.

Leaving a typical backwoods house after a book delivery.

The Hunger of Mind and Soul

The librarians discovered that magazines were most appreciated because they provided information needed for those hungering to improve their life skills. Short articles on health care, cooking, agriculture or machinery added to the isolated folk’s knowledge. Those individuals starved for pictures to help with the reading process enjoyed the children’s books. The youngsters who longed to fill their minds with imagination read aloud to their younger siblings, as well as the older people whose educations had been inadequate. Literacy entered the valleys as the saddle laden horses made their appointed rounds. What these librarians accomplished could not be measured in money because they gave no less than the keys to the world.

There were two problems that the mountain folk complained about to the pack horse librarians. First, the cost of additional lamp oil needed to read in the long winter nights. Second, the difficulty of getting the children out of bed in the morning after they read “just one more chapter.

The program lost its funding in 1943 due to the war. It is estimated that 100,000 folks participated in the library services during the eight years that the pack horse librarians brought the power of the written page to miners, parents, preschoolers and children of the Kentucky hills. As Gladys Lainhart, a pack horse worker commented: “It would be difficult to estimate how much this good work is doing to brighten the lives of the people in our Kentucky mountains.”

How does anyone measure a mind set free to dream and wonder?

As an elementary student, our family lived in rural areas with one-room schoolhouses with limited libraries. The bookmobile brought two crates of books biweekly. I read most of them from cover to cover, crying when Meg died in Little Women, becoming compassionate toward animals through Black Beauty, laughing at Henry Huggins, and dreaming of adventures with Thor Heyderdahl and the Seven Wonders of the Ancient World. The bookmobile allowed this ex-teacher a chance to dream.-Cleo Lampos

Down Cut Shin Creek, by Kathi Appelt and Jeanne Cannella Schmitzer tells the true stories of the pack horse librarians. 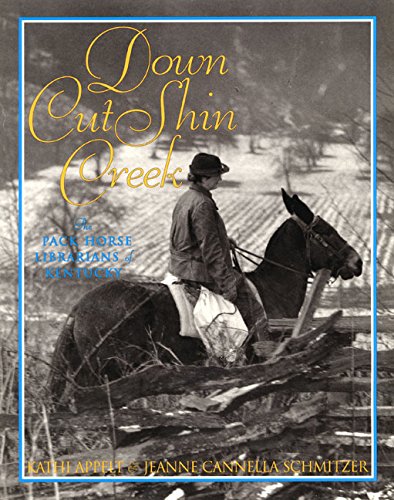 Wonderland Creek, by Lynn Austin, is historical fiction at its best as a young girl from Blue Island, Illinois, is recruited to be a pack horse librarian in Kentucky. 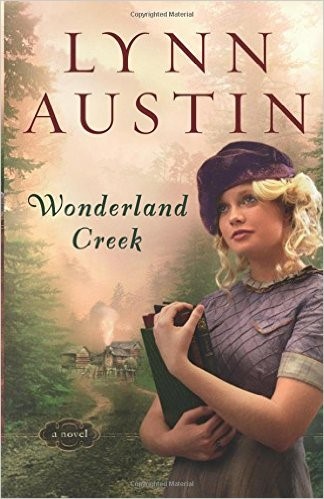