“When a child of the streets stands before you in rags, with a tear-stained face, you cannot easily forget him. And yet, you are perplexed what to do. The human soul is difficult to interfere with. You hesitate how far you should go.”  -Charles Loring Brace

The waifs on the streets of New York City during the late 1800’s and early 1900’s were passed by the well -men and women of the city. Street urchins best to be ignored. The only adults who sought them out were the police. When the men in uniforms with billy clubs clicked their hard shoes on the pavements in search of “street rats”, the homeless children who wanted to be invisible. 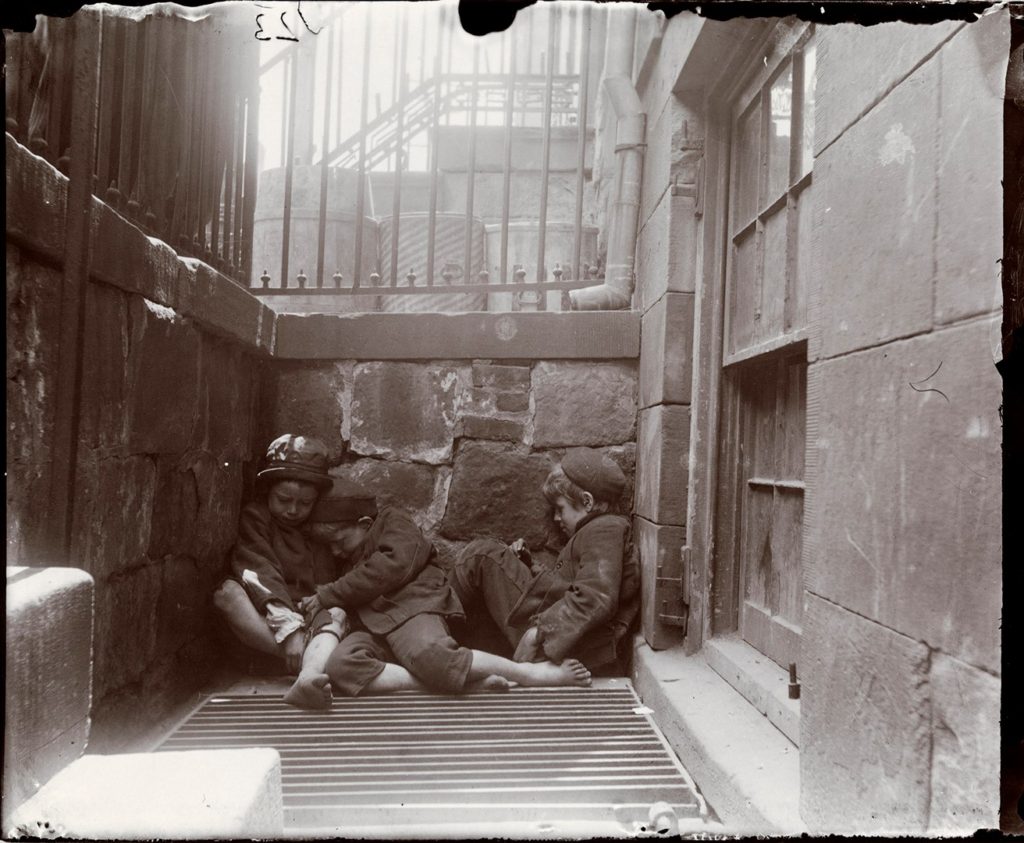 There were people who saw the desperation of the wandering bootblacks, flower girls and newsies. Their hearts moved with compassion, and they devised ways to provide alternatives to life in the squalid slums and teeming New York City streets.

The newsies called him “Pop”, but his name was Rudolph R. Heig. The boys did not fear him, but held him in great respect. Pop, the Superintendent of The Newsboys Lodging House in NYC, had a daunting task every day. His role included lodging, meals, the Industrial School, the evening school, security and general maintenance. The responsibility that lay most heavily on Pops was the guidance and discipline of boys who had been living independently on the streets. He determined if the newsie should return home, or be placed elsewhere, including out West. If Pop decided that the boy could stay, he gave them their locker keys. Pop was known as “the father of all waifs”.  He could shelter more than two hundred lodgers on a single night, and “care for them in a way that needs no apology,” according to the Nebraska State Journal (July 30, 1910).  A former newsie, Pop knew what it was to be on the streets. His life mission was sharing how to get off of them. 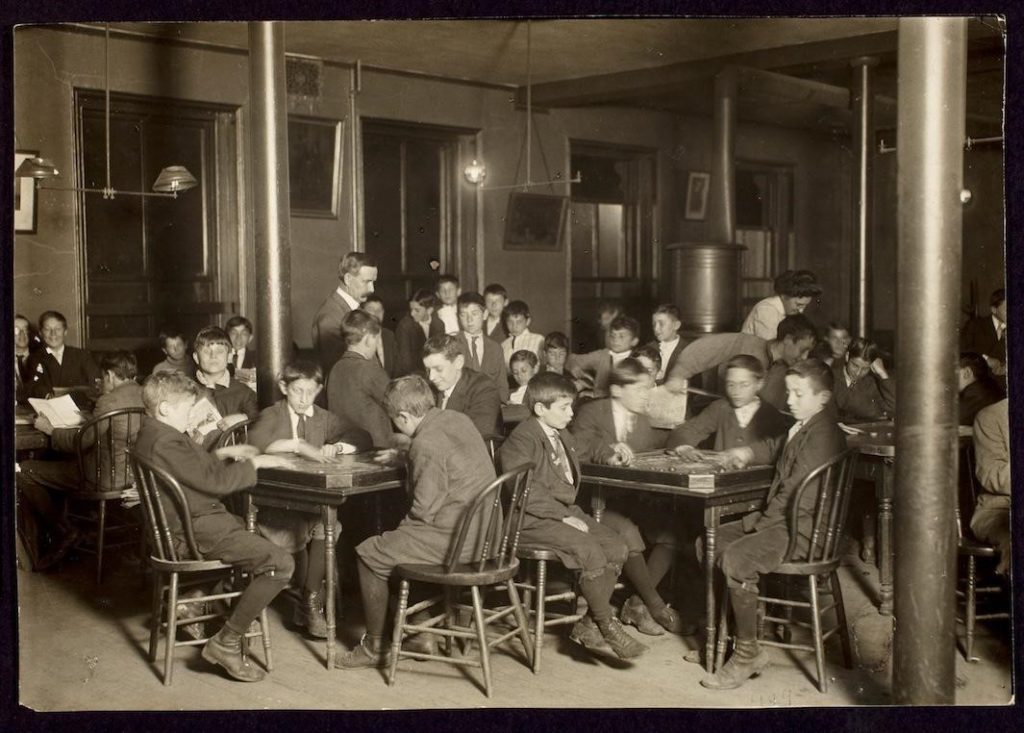 Charles Loring Brace was born to a family committed to education. His father home-schooled him until he entered Yale University. He spent his early adulthood traveling Europe and learning about correctional institutions, and it was there that he decided his call was more for missionary work than as a pastor. He took a position at the Five Points Mission in New York City. His heart of compassion was moved by the hordes of children who lived in poverty because their parents abused alcohol or engaged in criminal activity. These children were sent into the streets to bed for money or sell newspapers, flowers or matches. Other waifs wandered aimlessly, homeless and vulnerable. Brace devised an organization devoted to helping poor and homeless children. His radical ideas included lodging houses for the thousands of newsboys who lived on the streets, industrial schools to teach wage earning skills, a farm school, and “placing out” through orphan trains. All of these attempts to reach impoverished youth resulted in hundreds of thousands of success stories. Charles Loring Brace did see the children that others passed by every day with a blind eye.

Most of us are not involved in the types of organized change that Pops and Charles Loring Brace used to reach out to the invisible people around them. But each of us can help alleviate suffering on a more local scale.

When my son decided to attend culinary school in the heart of Chicago, Niko needed to ride the L-train, then walk a few blocks in the inner city. He returned home with stories of the men he met on the streets of Chi-Town. Homeless, shabby adults who asked for food. Something that Niko knew a lot about.

For many months, Niko spent his own money on cold cuts and bread. Each night, he created delicious sandwiches which he handed out the next morning. In his own way, with few resources, he did what he could to alleviate the hunger of his fellow mankind. For these acts of kindness, I have always been proud of my son. 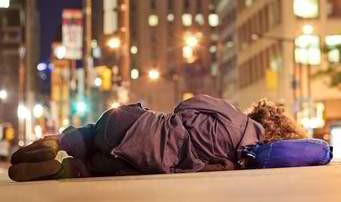 There were no invisible people around Jesus.  He saw them all with eyes of compassion and a view of eternity. He reached out to both the physical and the spiritual needs . No person was too impoverished for Him. All were visible. All were redeemable. All were offered grace.

Invisible? Not to the One who sees everything.

“God sees you right where you are, even if no one else does.” 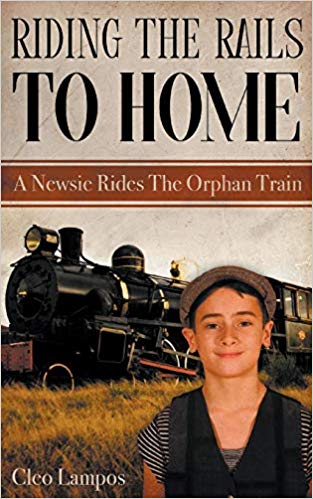 RIDING THE RAILS TO HOME: A NEWSIE RIDES THE ORPHAN TRAIN, by Cleo Lampos

This historic fiction book was written for 9-12 year old boys, but so many adults have enjoyed reading it. Available through amazon.com or Redemption Press. 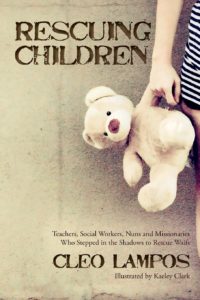 Rescuing Children: Teachers, Social Workers, Nuns and Missionaries Who Stepped in the Shadows to Rescue Waifs, by Cleo Lampos

This book covers the stories of Irena Sendler, Bertha Bracy, Thomas Barnardo, Gladys Aylward and many other servants of God who risked all for children. Available from Amazon.com.