Home Cleo Thoughts Quilting with the Art of Gaman

Quilting with the Art of Gaman

“If we were put there for our protection, why were the guns at the guard towers pointed inward, instead of outward?’

-Internee at Japanese Camp in the USA during WWII 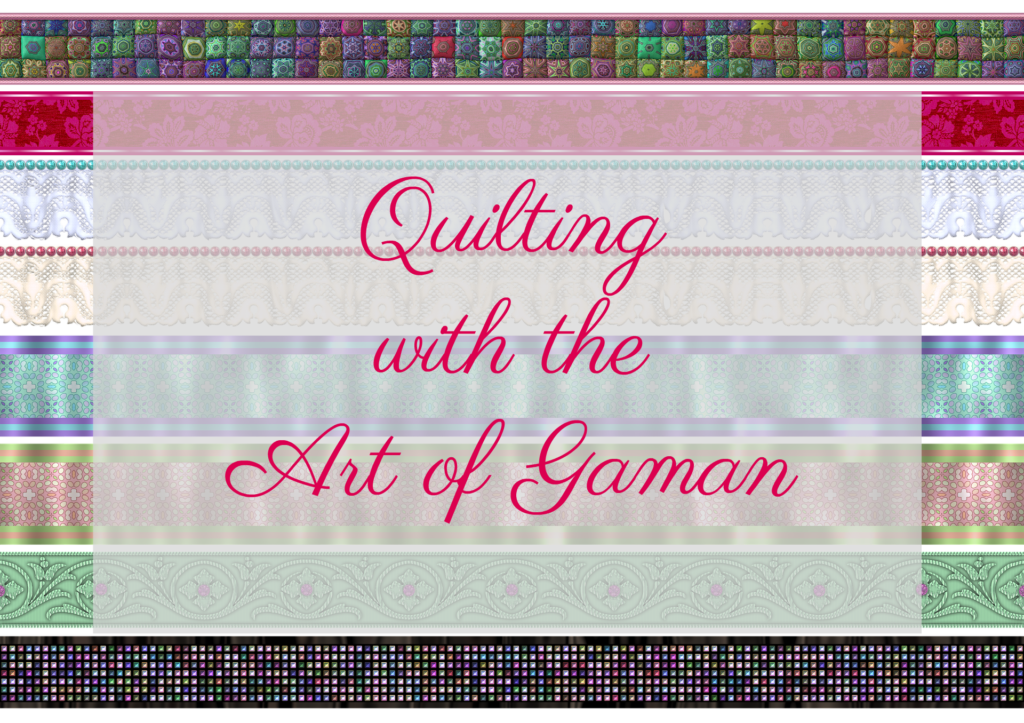 The jostling ride in the van with four grandchildren and a daughter who veers through urban traffic like a combat soldier left me breathless. The display of artifacts from the Japanese Internment Camps filled the cavernous basement of the Holocaust Museum in Skokie, Illinois. Nothing could have prepared me for the utter beauty of the pieces under glass, nor the harshness of the conditions under which they had been created. My mind and emotions reeled as the truth sank in. Treated like prisoners of war, an entire group of people rose above their circumstances to fashion pure art from nothing. 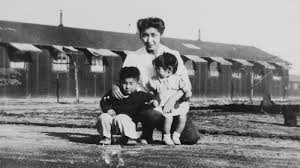 The history of the Japanese Internment Camps is disturbing. After Pearl Harbor, 117,000 Japanese descendants were forcefully taken to camps in California, Idaho, Utah, Arkansas, Wyoming, and Colorado. With one suitcase of belongings per individual, trucks brought them to the barbed wire enclosed camps.

“When the gates were shut, we knew we had lost something that was very precious; that we were no longer free,” recalls Mary Tsukamoto. Guard towers and soldiers stood sentry to prevent escape. Four or five families squeezed into tar-papered barracks, or cowsheds, or horse stalls. No furniture. Just a light bulb, pot-bellied stoves, and cots. The starkness stripped the soul of hope.

George Takei and others took the challenge. “I intend to live life, not just exist.”

The men drew from deep inner wells, and started to collect orange crates, scrap lumber and nails. From this wood, and inadequate make-shift tools, they constructed chairs, tables, and drawers. Any found metal was formed into knives. The small wood chips were whittled into intricately painted bird and animal pins. The men provided the necessities of home. “They took everything but our dignity”, are words from the movie about Japanese camps, Allegiance.

The women gathered in “house-step sewing circles” where they made a wide range of household goods to bring beauty to the depravity. From yarn and fabric remnants, they pieced table runners, slip covers, lamp shades, bed spreads, afghans, and, yes, quilts. When a bundle of donated clothes arrived, they cut up the torn ones for rugs and quilting. Any burlap bags were unraveled and dyed with vegetables for weaving, knitting and crocheting.  The Japanese women coped by fashioning by hand the arts and crafts that brought beauty to their surroundings. They put healing balms on the souls and emotions of their children and the men with their artistic efforts.

Three quilts have survived this period of time. These quilts have been on display at the Richmond Museum of History.  One is a seventy year old quilt made by fourth graders in the Posten Relocation Camp, Arizona. They stitched their names onto panels of a scrappy red-infused patchwork. Their teacher, Masako Hirata recorded their difficult existence in this stunning quilt. 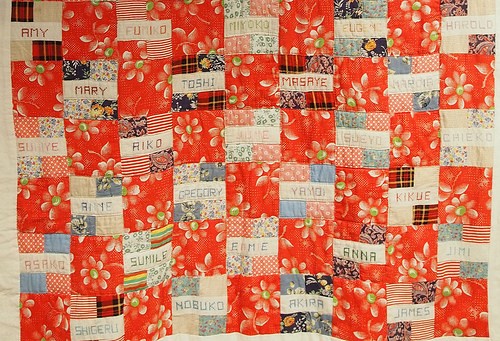 Quilt made by fourth graders in the Posten Relocation Camp, Arizona

Another quilt is a work by Berkeley-based interned quilters and depicts life in the camp, including guard towers, prisoners in uniforms and the faces of children in the desolate desert winds. The applique is impressive and the stitches miniscule. 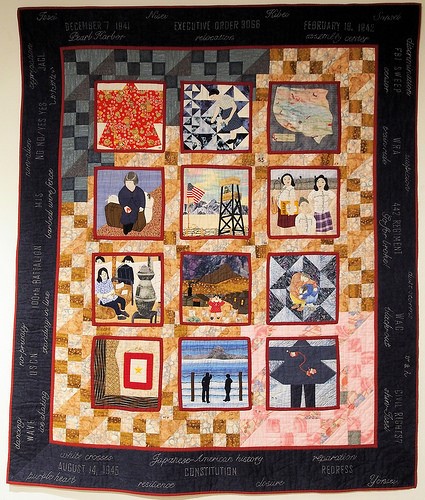 “Threads of Remembrance” is a set of three panels, with a guard tower stitched in a subliminal manner on the middle section with the barracks.  Again, the craftsmanship is incredible and the expressiveness in fabrics is heart wrenching.

The Art of Gaman

Those who had been incarcerated practiced the Art of Gaman, which means “to bear the seemingly unbearable with patience and dignity”.  Developing their creativity, the Japanese people exercised gaman. The quiet courage of imprisoned people in the worst circumstances who find the fortitude in themselves to rise above the deparavity and create beauty is humbling and inspiring. With gaman, the detainees voiced a commitment to survival by remaking their physical and mental landscapes. Art aided them to be agents of their own lives. 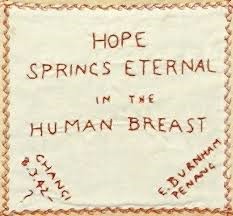 From the Changi Quilts, WWII

The Visit to the Museum

My granddaughters are usually loud and opinionated, but we concluded the exhibit of internment art in hushed silence. Near the exit of the Museum, a lone man sat at a table with an array of stunningly carved and intricately painted birds. He had crafted similar ones as a child in the detention camps, but vowed never to make them again when he was free. As a retired man who is practicing the Art of Gaman, he is fashioning these birds so others may remember what great courage the Japanese people displayed at the hands of the government. My daughter proudly owns three of these birds. Their beauty is haunting. 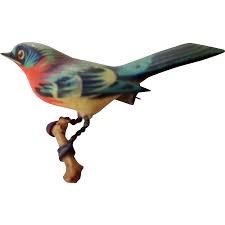 This bird pin is from Ruby Lane

“It makes me wonder what we, all of us, have in ourselves. Could we create things of beauty like that in adversity, in such a situation?”

The bird pin is from Ruby Lane