Home Cleo Thoughts The Other Mother: A Tribute to Foster Mothers, Adoptive Mothers, Stepmothers and Stand in the Gap Mothers

The Other Mother: A Tribute to Foster Mothers, Adoptive Mothers, Stepmothers and Stand in the Gap Mothers 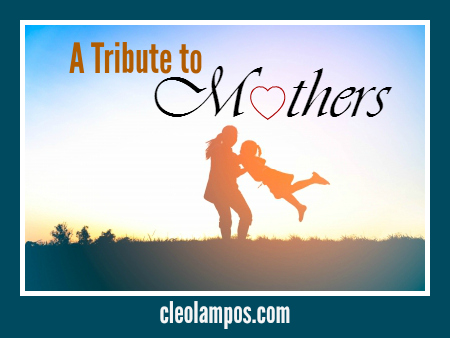 Late into the night, Marjorie Nagel writes in a journal listing feeding and sleeping schedules, as well as cuddle times.  She has done this for each of the eighty-two babies that Marjorie has fostered. A diary of the daily love and care they received intermingles with the frequent photos Marjorie snaps and labels. Of course, she makes this scrapbook in duplicate because she wants to keep one herself. She will present the original to the adoptive parents when the papers are signed with Bethany Christian Services.

A foster mother since 1989, Marjorie raised eight of her own children while attaining a certification in nursing.  Among the babies who lived in her home are many special needs and crack cocaine-addicted infants. The smallest weighed four pounds. Three sets of twins stole her heart. Some babies stay as few as two days while others receive loving care for three months before being placed with the adoptive families. Because she rocks these precious bundles to sleep, stays up at night with the ones fighting addiction, nurtures each one like her own, a part of her leaves when the baby is given to the new parents. Each family’s scrapbook chronicles the child’s journey until the day of adoption to provide a record of growth. It is Marjorie’s gift to the child.

Marjorie typifies countless women who stand in the gap. No matter how much a mother loves her children, there are times when someone is needed to bridge a crisis or assume the parental role. Call them stepmothers, caregivers, aunts, grandmothers, foster or adoptive parents, these women become the Other Mother for a needy child. They do not replace any mother in the life of a child, but if there is a motherless child, God calls Other Mothers to fill the empty places.

Infertility presses women to be baby driven. David and Julie Reitenbach desired a family but remained childless. As they explored adoption, the possibility of international adoption opened. They attended a meeting at a nearby church. Julie prayed that if David was not interested that the Lord would close the door. She clung to words of Jeremiah 33:3. “Call to me, and I will answer you, and tell you great and unsearchable things you do not know.”  To Julie’s relief, David realized he possessed unconditional love for a child he did not conceive. So, the couple enfolded a ten month old girl from China named Audrey into their open arms. During the past year, unexpected joys for Julie include “loving Audrey like my own and being so grateful to God for bringing her into our lives.” Her only nagging concern centers on the toddler’s missing health history. But Julie’s gift of nurturing brings laughter, hugs and kisses from Audrey, overflowing the home with joy. As the Other Mother, Julie states with excitement, “We want to adopt another child from China. We just can’t wait to see what the Lord has in store for us.”

A woman who makes adoption plans for her baby is a hero. The biological mother is putting the needs of her child above her own emotional and psychological well being. Her child resides with her consciously or unconsciously all her life. Isaiah 49:15-16 acknowledges: “Can a woman forget the baby at her breast, and have no compassion on the child she has borne? ‘Though she may forget, I will not forget you! See, I have engraved you on the palms of my hands.’” Babies are inscribed permanently on the hearts of all mothers.

Biological mothers die, leaving their children motherless. At age six, Paul McAlister grieved for his mother who did not survive a gall bladder operation. For four years Paul, his older brother and father settled into a pattern of yelling at each other when angry as well as living in general disorganization. Then Paul’s dad married Nora, and their lives changed. Paul recalls that “Nora never thought that she would be anyone’s mother, so she felt blessed to take on the challenges of the McAlister household. My older brother chaffed at her taking charge of the household. And we were really loud.” As time ticked by, Nora introduced organization, unconditional love and the value of women to the McAlister men. She allowed Paul to grieve for his biological mother while guiding his focus toward the future and the new family. When Paul’s dad married Nora, she asked what he wanted to call her. He immediately replied, “Mom”.  Paul states, “From the day she wed my dad, Nora was my guardian angel.”

Circumstances in life catapult women who are not afraid of brokenness to rescue the next generation. Kathy Kirkwood met Joe at age six. He entered her class for students with communication disorders due to fetal alcohol syndrome. He was tiny, quirky, hyper, with bald spots on his head where he pulled out his hair during temper tantrums. Kathy perceived an intelligence behind this challenge. After six months of working with him in a classroom, the Department of Family Services informed her he would be removed from foster care and placed in a diagnostic shelter. Kathy became a foster parent and when Joey turned 10 she adopted him as a single parent. Joey has ADHD and Tourette’s, speech problems, occupational therapy issues and is dyslexic. Today Joe is 25 years old and an avid bicyclist. Although he has certificate programs in locksmith, security and urban horticulture, he has not found permanent employment. Kathy believes God placed Joey in her class, her home and her heart. Kathy believes “I need not be afraid when my special son is finally out on his own because God will always be there when I can’t.”

Each Mother’s Day, I honor three mothers in my life. Ina, my biological mother, loved her three children. After the death of my father, my mom married an angry man who drank. To protect me, she sent my sister and me to live with my Aunt Lois. In a safe place, protected and nurtured, at age twelve I attended a church and discovered a God who cares about traumatized children. My sister and I spent a year in a foster home. Doris Klug, her husband and their three preschool children took us in and treated us like favorite big sisters. I thrived in the stable environment Doris created. My teen years were spent with my biological mother and stepfather. Without the interlude of kindness from my Other Mothers, the chaos of my younger years may have prevented any success as an adult.

There are other nameless mothers in my life and perhaps yours too. We live the evidences of their nurture. They are the women of past generations who supported our mothers, aunts and great grandmothers, the ones who left a legacy of compassion for children yet unborn. The unknown mothers who accepted the challenge of God to pray for the future of children, to befriend, to mentor and love the waifs whose paths they crossed every day. To allow their lives to become the bridge that provides a safe crossing for a child. To be the Other Mother who stands in the gap. 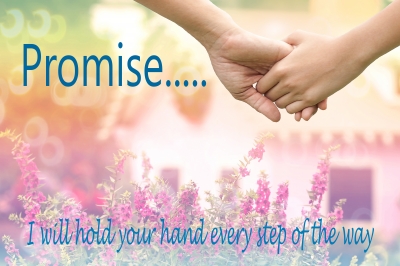 “I didn’t give you the Gift of Life.

But in my heart I know.

The love I feel is deep and real,

As if it had been so.

For us to have each other,

No, I didn’t give you the gift of life,

Life gave me the gift of you.”

Amy Carmichael- 1867-1951 – Missionary to India, Amy rescued girls destined to serve in the temples and raised them as her large family of daughters. Founded Dohnavur Fellowship, a society devoted to saving neglected and ill-treated children.

Gladys Alyward-1904-1970  Missionary to China, Gladys bought a dying girl on the streets of the marketplace and named her Ninepence.  From there she acquired a hundred orphans who she led over the mountains to safety from the Japanese invasion in World War II..

Clara Comstock-1879-1958  An agent on the Orphan Trains, Clara served as an Other Mother to 12,000 children.  By writing records and a diary, she kept track of the orphans she placed out.  She attended their graduations, weddings and births of their babies.

Charles Loring Brace – 1826-1890; Credited with the vision of a family home for every needy child which became the precursor to the modern foster care system.  Founded the New York Children’s Aid Society, Newsboys Lodging House, and the Orphan Train, which transported 100,000 children from New York City to Midwest farms over 75 years.

I wrote this post to honor all the mothers out there doing a great job. We need more of you.