Home Cleo Thoughts The World of a Newsie

The World of a Newsie 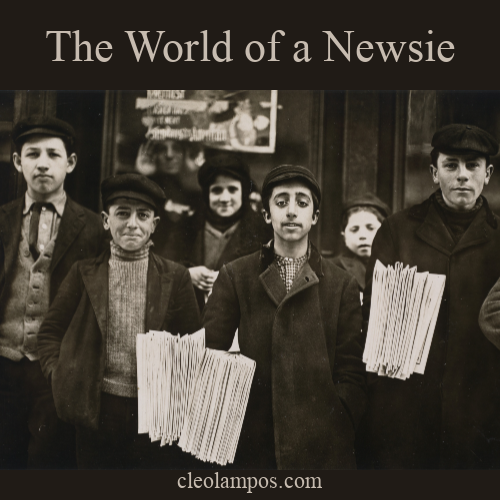 Newsies were the toughest kids on the streets of New York City during the late 1800’s and early 1900’s.  Their plucky, can-do, ambitious attitudes have gained these newspaper hawks respect in today’s pop culture. But those kids on the street corners in knickers and slouch caps who yelled out “Extra! Extra!” may have looked similar. But they had three distinct directions for their lives. 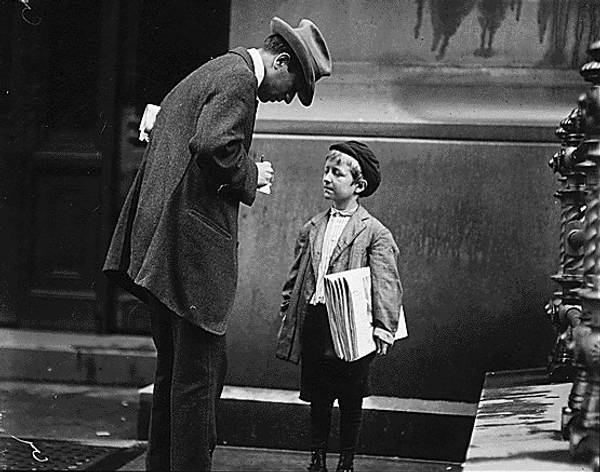 New York City. 9 Duane Street. Home of the Newsboys Lodging House, where boys could find a place to sleep for a nickel a night. If they stayed in the Newsboys Lodging House, these newsies could sell their papers during the day, and, after a hot meal and shower, attend classes that could lead to an entry level job when they hit the age of 18. The boys stayed in this disciplined environment had decided that living with the rules of the lodge sure beat living on the street.

For the 30,000 street waifs who milled homelessly around Five Points, NYC, survival included thievery, gambling, or joining the legions of  boot black, messenger, or newsie.  These boys had run away from a family where drunkenness or overcrowding made life in a tenement unbearable. But sleeping out all night, on the heat grates, on rooftops, in stables, or condemned buildings presented its own set of problems. Dodging the police meant the difference between freedom and the Tombs. The life of a newsie aged these children prematurely.

The papers needed to be picked up at the crack of dawn, and selling the late edition meant hawking the last few papers in moonlight. Leftover papers were not refundable.  Keeping a steady corner for business meant using aggressive marketing strategies, including over-shouting a competing newsie or using elbows to get territorial rights. While waiting for their papers, the newsie pitched pennies, drank pop or coffee and smoked cigarettes. They needed fifteen cents to purchase a meal from a vendor. Many of these newsboys lived their entire lives on the streets. 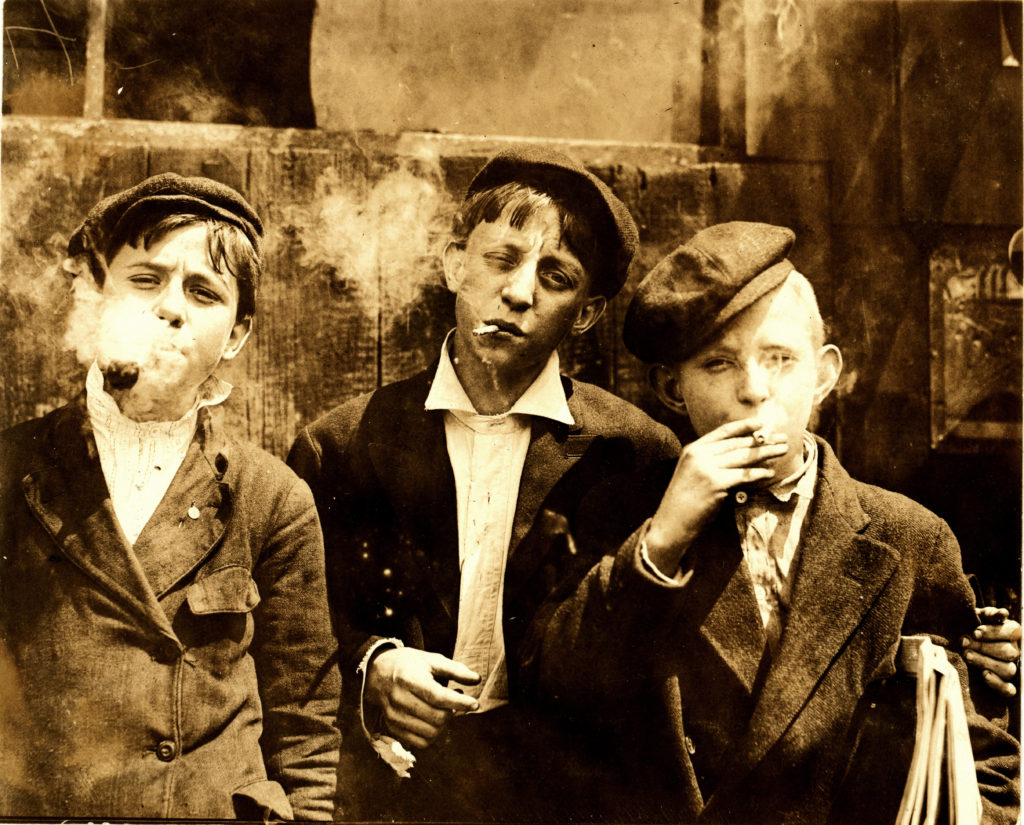 One group of news-selling boys emerged from the teeming tenements. Immigrant families living close to the edge financially. To get started in what these families considered a business enterprise, the newsies borrowed money from their parents or older siblings. In 1899, it cost fifty cents to buy one hundred newspapers, which sold for one cent. These newsies sold their papers early in the morning or after school because their profits were only a part of the family income. Education was emphasized as important, as well as contributing to the well-being of younger siblings. These newsies were learning family responsibility as well as a work ethic on the road to upward mobility in this new land.

The newsies were at the mercy of many factors. In order to determine how many papers they could sell in a day, these young entrepreneurs needed to recognize the importance of the headline.  Philip Marcus, a newsie, said that “if there wasn’t anything startling we could yell about to help sell the papers, we always got around it”- by embellishing. The time of the day, the season of the year, weather conditions and the corner itself all factored into the number of papers ordered for the day.  A lot of decision making for a bunch of kids. So much at stake. 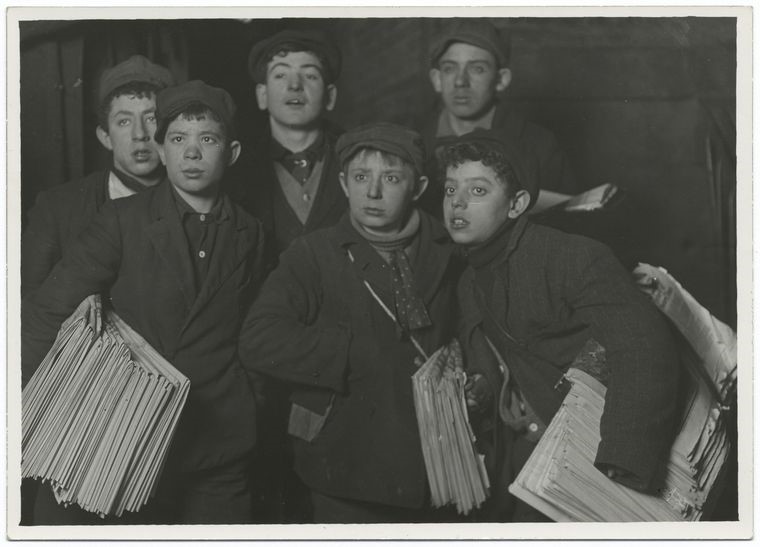 The photos of newsies tug at our heart strings. Looking at those pictures, it is easy to see our own children, nieces, nephews or neighbors. In our minds we know, “There, but for the grace of God, go I.”

But in which of the three directions would it be?

“In 1899, the streets of New York City echoed with the voices of newsies. On every corner you saw them carrying the banner. Bringing you the news for a penny a pape. Poor orphans and runaways, the newsies were a ragged army without a leader, until one day all that changed.”   -Racetrack, from movie, Newsies

Riding the Rails to Home: A Newsie Rides the Orphan Train, by Cleo Lampos

Written for boys aged 9-12, but enjoyed by adults who love historical fiction.