“When creative juices flow, catch them with a needle.” 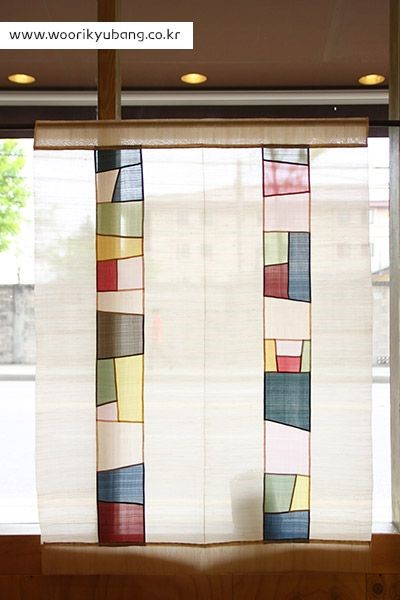 When my brother married Lois, he introduced me to a weaver, quilter, and seamstress. Fabric is the medium in which Lois creates and designs. When I attended college, Lois stitched a tropical blue dress for me to wear to the frequent concerts on campus. If Lois is wearing a jacket, she has woven the material on her loom. My sister-in–law has threaded fibers on a loom and given them life as cloth. Runners for tables result from the warp and weft. Her loom resides in the living room of her apartment, ready for the weaver to pass the shuttle on a newly inspired project.

For a half a century Lois lived in a Minnesota house which she filled with artistry from cloth. Hanging from a dowel rod in front of a window in the living room was a piece of organic linen-like fabric with a subtle design. As I recall, there were irregular blocks arranged in it, somewhat like stained glass. The rays of sunshine defused through the weave, bringing a warmth and appreciation of light into the room. Just like stained glass windows in a church, the effect warmed the heart and soul. I often gravitated to that room, mesmerized by the movement of light through the cloth. The piece of fabric in Lois’ window embodied the essence of an art form called “Pojagi”.

Pojagi is a unique style of patchwork quilting originated as an ancient type of hand stitching in Ancient Korea about 2000 years ago. Originally, familiar fabrics like hemp, linen, cotton and silk were cut and formed into 14 inch squares to wrap and carry things. The current Korean parliament still uses Pojagi in the transport of documents. 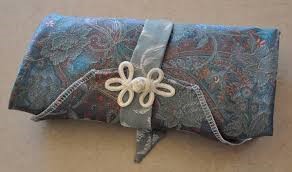 Like the women of the Great Depression in the United States who took old clothes and repurposed them, the Korean women also collected outdated clothing. They cut up the castoffs to create these wrapping cloths. They used a one fourth inch seam around the edges of the fabric, creased tightly with a Clover Hera Tool. This tool helped the stitcher to make a visible crease on both the front and back of the fabric. Hand stitching brought the two folded edges of material together into what are called “Flat Fell Seams.”   Remarkedly, no fraying edges.

Today, the patchwork quilting technique of Pojagi is utilized to create screens, curtains, wall hangings, and repurposed clothing. When more intricate pieces of cloth are put together, the process is called “jogakbo”, as jagak means pieces. The result of this craft resembles the patchwork quilts in western culture and is just an extension of Pojagi.

The fabric used most frequently is transparent. The shapes can be irregular. Most of the folded-edge seams are stitched by hand. The overlapped stitched part gives the stained glass effect to the finished piece. The freedom and creativity of this technique is addictive. The soft feeling of the finished product, its translucency, and its light-properties make it appealing. When hung in a window, it brings nature indoors with fused light.

The construction of clothing with this process brings a sense of layering with gauze. The thought of wearing a Jogakbo jacket is akin to wrapping up in a cloud. 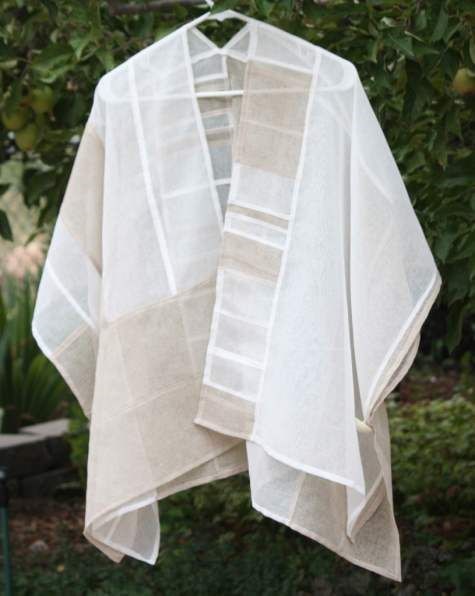 Lois’ Pojagi window screen has been given to one of her grandchildren. The memories of her home will linger in that grandchild’s mind as they look upon the linen cloth woven by their grandmother’s own hands. The fabric will  undoubtedly hang where the sunlight flows through the woven threads to warm the room with its rays.

And lighten the memory of a beloved weaver’s legacy.

“Patchwork pojagi, called chogak po, had many uses. They served to cover, wrap, store, and carry objects in the person’s activities of daily life. They were used as tablecloths, to deliver a marriage proposal, to carry possessions on a journey, and to adorn and protect sacred writings…Wrapping a gift in a specially made pojagi communicated respect for the object and good will toward the recipient. Each patch and stitch added by the maker was like a prayer of good will that would enfold and carry the gift.”