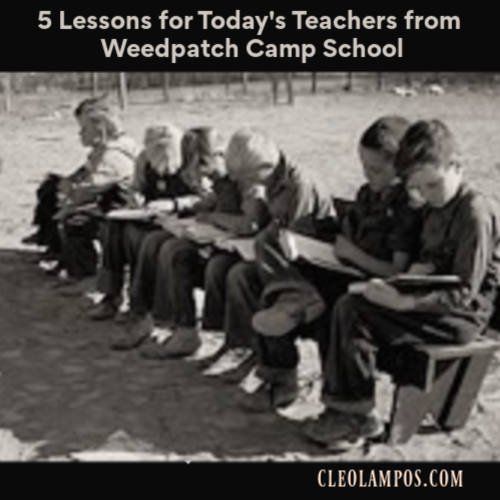 During the darkest days of the Great Depression, thousands of Oklahoma families migrated from the Dust Bowl to California in automobiles piled high with their earthly belongings. The grove owners and truck farmers referred to the penniless refugees from drought as “Okies”. The name carried prejudice toward the migrants trying to escape starvation by working for pennies in the California fields.

The children of these tent dwellers needed an education. Leo Hart gathered fifty ragtag youngsters with a group of dedicated teachers and built Weedpatch Camp School. From the heart wrenching triumph of this educational experiment, the current crop of teachers in the United States could learn five valuable lessons in how to change lives with the right mix of chalk and challenge.

The first lesson to be gleaned from Leo Hart and his staff is a philosophical one. It underlies every curriculum decision, every daily lesson plan, as well as the manner in which the students are embraced. Leo Hart believed that every child is capable of learning and therefore deserved a good education. Leo Hart gazed beyond the ill-fitting feed sack dresses, holey overalls, unwashed bodies, slimy hair and green teeth. He saw raw potential that needed to be unleashed. Youngsters with the same dreams and hopes as kids everywhere. Too often, teachers judge children by social class, zip code, or religious affiliation. They fail to visualize the transformation of a mind in the hands of a caring educator.

In the words of Haim Garrett: “Treat a child as though he already is the person he’s capable of becoming.”

The second lesson involved changing the curriculum to meet the needs of the child. Teachers often quote, “If a child can’t learn the way we teach them, then change the way you teach.” Leo Hart and his faculty developed daily plans designed to civilize the migrant camp kid. Janitors taught school cobbling so the students could repair their shoes. Girls learned to sew and fit the feed sack material used for their clothing. The recipe for toothpaste and its use was demonstrated Self-sufficiency was taught as the fifty youngsters raised livestock, planted gardens, and cooked meals. The staff and pupils built the school from bricks, orange crates, and surplus lumber which developed carpentry skills. Because most students barely knew the alphabet or basic arithmetic, Hart developed lesson plans on their levels. The teachers taught math, reading, writing, history, art and music that challenged the untapped waif’s minds.

Arriving at Weedpatch Camp from Oklahoma Photo by Dorothea Lange

Robert John Meechem expressed the concept in these words. “Each day we must put forth a greater effort than we’re capable of doing. We can never limit ourselves to do what teachers have done in the past.”

The most common sense lesson that Leo Hart taught his staff was that underfed children find learning difficult. To boost the general health of the children, orange juice and cod liver oil were given in abundance. The school offered a hot breakfast for a penny, and a hot lunch for two cents. Because malnourishment is fatiguing, one hour of rest helped the children stay alert. Eventually, most of the food eaten at the school was grown in the garden, found in the chicken coops or milked from goats and cows. Lessons in health and organic eating.

Jim Hunt believes that “teachers have the hardest and most important jobs in America. They’re building our nation.”

The fourth lesson Leo Hart believed as essential to educating student involved their parents. Every weekend, Leo worked with the parents to build the school. Many of the fathers possessed skills essential to laying water pipes and stringing electrical wires. Edna Hart, Leo’s wife, stayed in the kitchen with the women and canned beets and cooked meals while listening to their country dialects. Because the parents became invested in the school, they stayed longer, trying to find work locally so their offspring could continue in school. 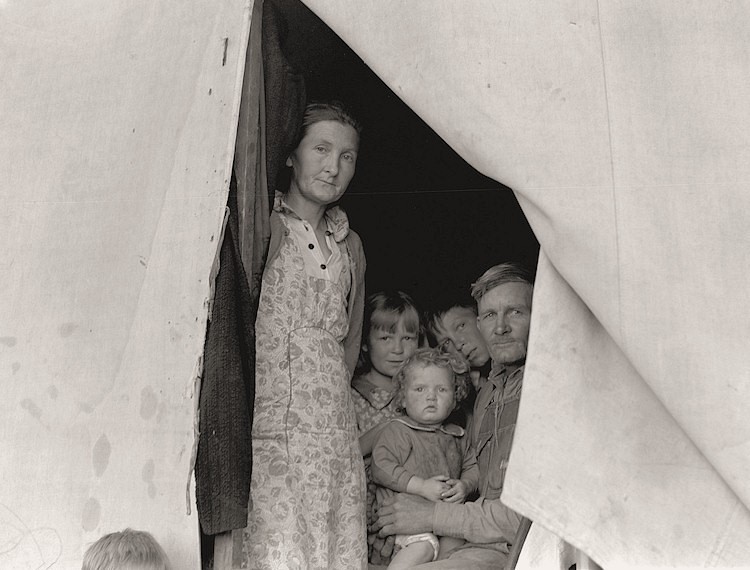 “Every child in your class is someone’s whole world.”- Anonymous

Jane D. Hull obviously worked with parents. “At the end of the day, the most overwhelming key to a child’s success is the positive involvement of parents.”

The final lesson exemplified at Weedpatch Camp School was one of ownership. The students loved their school, their staff, and their opportunity to learn. No more fists raised in anger. No more bullying. The students dug ditches for water lines, scooped out latrines, and created a swimming pool. When their Friday grades reached a high level, they drove the C-46 airplane (where they had classes) up and down the runway. Leo bragged that “we left everything lying around and no one ever stole a thing.” Respect for the school was hard earned, but proved to be valuable.

Carlton Faulconer graduated from Weedpatch Camp School and from Bakersfield Junior College. He realized the gift given to him as an Oakie. “The school gave us pride and dignity and honor when we didn’t have these things. We were special.”

The five lessons from Weedpatch Camp School flow from a long line of teachers who were born to teach. People like Leo Hart. People like Fredrick Douglass, who realized that “it is easier to build strong children, than to repair broken men and women.” It was true then. It is truer now.