Addie Mix and her son, Jim

A Ray of Hope in the Darkness

One Mother’s Story of Tragedy, Trauma and Triumph

By Cleo Lampos as told by Addie Mix

The knife stabbed Jim’s arms as he held them up as a living shield. Again the blade cut through the skin and muscle of Jim’s vain defense. Over and over his assailant plunged the weapon until Jim Mix lay bleeding on the asphalt of a courtyard in a denominational college in Austin,Texas. There, he died. A college student from the south suburbs of Chicago, raised in a gospel believing church by a God fearing mother. Stalked and murdered by a classmate over a fraternity dispute.

The news of Jim’s death shattered the life of his mother, Addie Mix. May 7, 1991, became etched into the schoolteacher’s memory like acid on a lead plate. With strength from the prayers of family and church friends, Addie buried her only son in the Illinois soil that the teen called home. Then she faced the loneliness and memories alone in her Glenwood residence located on the edge of Chicago’s South side.

After the numbness wore off, physical, mental, and emotional agony engulfed Addie. “I felt like a bolt of lightening had struck my body, then stayed,” she recalls. “Every nerve was raw. My flesh felt like an open wound. I walked around in a daze. For weeks, there was no relief.  Just continual pain.”

Relatives and friends resumed their lives. Addie wasn’t prepared for their reaction to her. “People would cut me off when I started to talk about Jim,” Addie reflected. “They thought they were helping me because in their minds I was going to go crazy. But I needed to talk. To release the memories of my son. The violent murder of a child who enjoyed life is the most painful experience that anyone can face. As my family hid from me, I developed a deep relationship with God.”

Addie never totally slept after Jim’s death. Now, in the midnight hours until the minutes when dawn thrust rays through the darkness, Addie poured out her pain and anguish to God. As the clock ticked away seconds of time into hours, Addie drew on her faith to keep her sanity.

“A friend gave me the book, God’s Precious Promises. I read it over and over during the night. When my mind focused, it centered upon Isaiah 43:2. ‘When you pass through the waters, I will be with you; And through the rivers, they will not overflow you.’” NAS

Night after night, Addie struggled. “Eventually, Jesus became a fact, not a feeling for me. Circumstances have nothing to do with a person’s relationship to God. You just know that God will help you through.”

In May 1992, near the first anniversary of Jim’s death, the staff of NathanHale School, where Addie taught for 20 years, held a prayer meeting for her. The church she attended did the same. Then Addie flew toTexasto face the trial for the young man who stalked her son. Jim stood defenseless before this assailant, band now Addie felt only the shield of prayer protecting her.

“During the trial, he showed no remorse. Even the parents of this college student could not look me in the eye and say, ‘I’m sorry.’ Although Jim sustained multiple wounds, depicting a defensive posture, and yelled for help, he was murdered. No one helped him. Seventy-five students affirmed that weapons, drugs and gangs are commonplace on this church affiliated college campus.”

Ironically, the day after the murder, Jim and his assailant were to appear before a student review board to mediate their differences. Addie’s eyes well with tears as she recalls the trial for her son’s murderer. “The jury found this young man ‘not guilty’ despite a seemingly airtight case. I am learning to forgive, because my light can’t shine in hatred.” Addie’s resolution parallels Booker T. Washington’s word, “I will allow no man to belittle my soul by making me hate him.”

The jury in the state of Texasfailed to bring justice to Addie, but the schoolteacher’s faith does not depend on the United States Judicial System. It rests on the Lord who has a file of life’s injustices. Uniting with Gloria Randolph, whose son, Dean Catere, was murdered in August 1990 while attending a Californiacollege, the two women have overcome grief by reaching out to others who are suffering. In 1991, these mothers of murdered teens organized a support group for the parents of victims of violent crimes. Reclaim A Youth, or RAY, focuses on academics, social ethics and family life. It is a Christian volunteer organization dedicated to salvaging youth. “Giving is living,” Addie claims.

Utilizing her background as a public school teacher and church worker, Addie organized an outreach to the community’s youth. She developed weekly field trips and summer camps for younger at-risk children. Through RAY, the area teens acquired summer jobs as well as summer school incentives designed to boost academics. College students received care packages at the dorms with letters from adult sponsors. A college orientation program and periodic rap sessions during holiday breaks from their studies encouraged them. Every year, RAY presents renewable scholarships to high school graduates with limited resources. Addie makes time to speak to organizations in theMidwest area about victim’s rights. She meets personally with parents of murdered youth. Her tireless efforts bring spiritual hope and practical help to victims of a violent culture.

After all the meetings and activities, Addie returns to her home. The images of Jim warding off deadly blows from a bloody knife still haunt her. The questions of  “Why my son?  Why not me?” replay unmercifully as the darkness of night surrounds her bed.  But the promises of Scripture focus Addie back to reality. “The waters will not overflow you.” These words pierce the blackness with rays of hope.

“My son was murdered. I say that I have a deep wound that scabs sometimes, and something will break it open and it’ll bleed, but it never heals.”

“Forgiveness is not an occasional act; it is a constant attitude.”

-Dr. Martin Luther King, Jr.
“As I walked out the door toward the gate that would lead to my freedom, I knew that if I didn’t leave my bitterness and hatred behind, I’d still be in prison.”

“You know everybody used this word (closure) and banters it around. I don’t have any closure and most parents of murdered children or crime victims don’t really have closure because your life is changed forever by that event.” 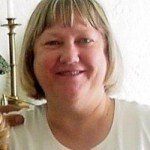 Addie Mix’s story is personal for me because she taught fourth grade in the classroom next to mine at Nathan Hale School.  The inspiration that I drew from her faith in God during this time is beyond measure. The parents of murder victims who are able to piece their lives together are true heroes. Here in Chicago, there are so many who need this message of healing that women like Addie Mix and Gloria Randolph can give. Leave a comment for Addie and myself, or contact  Reclaim A Youth  at www.ReclaimAYouth.org .