“Angels Watching Over Me” Quilt by Melissa Sobotka, Permission granted

“Our certainty that angels right now witness how we are walking through life should mightily influence the decisions we make. God is watching and His angels are interested spectators too.”

Truth is always stranger than fiction.

That is why biographies and memoirs are my favorite genres to read. As a public school teacher, every day in my classroom was filled with stories that I read aloud from picture books or chapter books. Words, ideas, mentoring for life. A love for literacy and the effect on the human spirit. Bibliotherapy.

One of the most fulfilling decades of my life was when I told the missionary story each Sunday to over one hundred elementary children at the Ashburn Baptist Children’s Service under the direction of Sam Lyons. To prepare for these storytelling sessions, I read a lot of missionary biographies, then re- wrote them into eight to ten themed adventures with a take-home application attached. After I retired as a teacher, several times adults approached me as I shopped in local stores to share that they remembered the lives of the missionaries from these presentations.

One story stood out in their memories.

The account of John Paton, missionary in the New Hebrides Islands in the mid 1800’s.  He and his wife faced hostile tribes day after day, hoping for a break through to their hearts and minds. One night, natives surround their headquarters, intent on burning the Patons out. Alone in that hut, John and his wife prayed for God’s protection. As rays of daylight seeped into the darkness, they couple realized that the attackers had left. They praised God for deliverance.

A year later, the chief of the tribe was converted to Jesus Christ.  In a conversation with the chief, John asked him why he had not torched the house and killed him. The chief replied in surprise, “Who were all those men you had with you there?” John assured him that only he and his wife were present. The chief described hundreds of big men in shining garments with drawn swords in their hands circling the mission. The natives feared to attach such men. John warmed in the realization that God had sent a legion of angels to protect him. The overpowering sense of a God who can do this resonated with so many of our Chicago children. 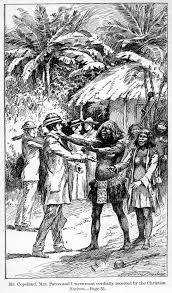 There are many accounts of angels in the Bible visiting humankind.  Christmas is a time when we celebrate with the angels.  History is replete with stories of visitations from angels in times when comfort or protection is needed. These beings are not to be worshipped, for God alone is worthy of worship. They act as God’s secret agents to serve God’s plans. Rick Warren says that angels “comprise a powerful ‘invisible army of God’ who are always on the side of Christians who trust in God even when all hope appears to be lost. 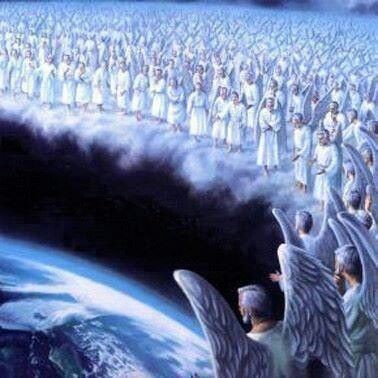 There were other stories that I told the children in the church services of missionaries who felt the protection and comfort of angels: Gladys Aylward, Mary Slessor, and Amy Carmichael. All of these eye witness accounts helped youngsters   living on the South Side of Chicago to hear of a God who cares for His people in unseen ways. Telling these incidents deepened my own faith. Billy Graham’s admonition became a reality to me: “Believers, look up! The angels are nearer than you think!”

“Forget not to show love unto strangers: for thereby some have entertained angels unawares.” Hebrews 13:2

If you have had an encounter with angels and want to share that experience, please email me at cleolampos@gmail.com. I would like to be encouraged.

“Our valleys may be filled with foes and tears; but we can lift our eyes to the hills to see God and the angels, heaven’s spectators, who support us according to God’s infinite wisdom as they prepare our welcome home.”  -Billy Graham

Permission to use the quilt, “Angels Watching Over Me”, was obtained from the quilter, Melissa Sobotka