Feed Sacks: The Fabric of the Dust Bowl 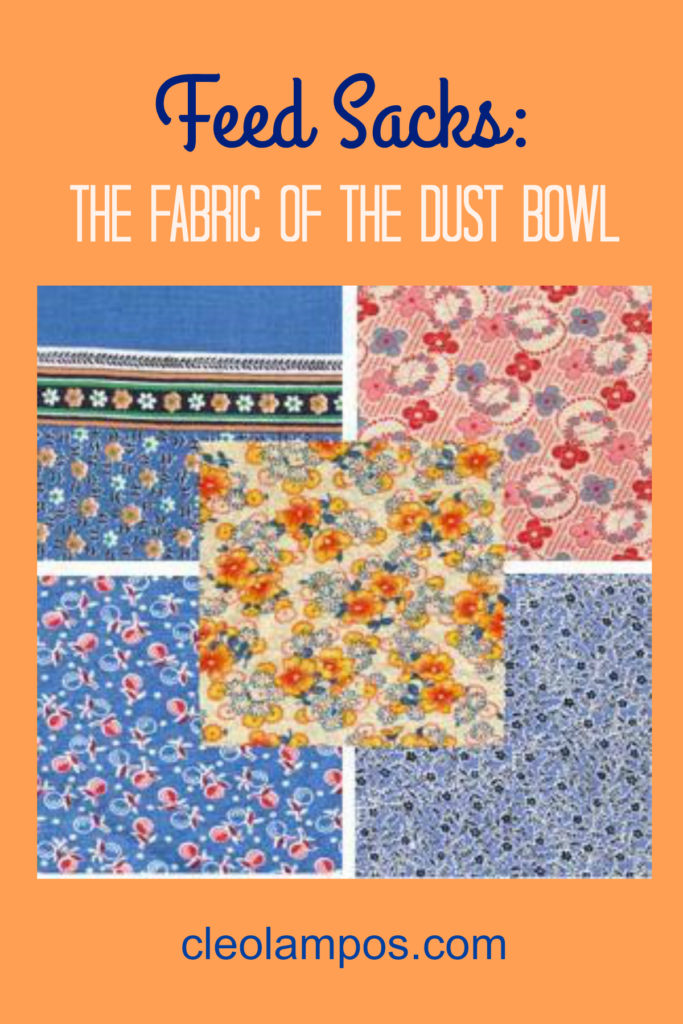 My inheritance from my mother lay in a large grocery bag filled with twelve inch muslin squares cut from feed bags. A transfer depicting each one of the 48 state birds and flowers lay with every white square. With a bit of tenacity, I started embroidering those designs collected in the 1930’s Dust Bowl. After completing ten of them, life intervened, and the project sat in my back closet for thirty years.

Creativity from a Sack 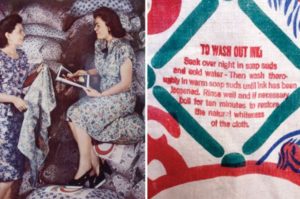 In the 1930’s, feed sacks became the life line for housewives who needed to provide food and clothing for their families in a time of deprivation. The answer to their frugal living arrived in the plain white flour and sugar bags as well as the grain sacks used for livestock. The first designs on flour sacks by the George P. Plant Milling Company of St. Louis, Missouri featured gingham plaids with big or little checks in a variety of colors.

The checked patterns worked well for the aprons that housewives wore over dresses to protect from dirt and food splatters as well as to wipe noses, remove pans from the oven, and swat flies. With the introduction of calicos, the colorful feed bags enticed women to go to the country stores with their husbands to pick out the large sacks that held the prettiest patterns. Now, the livestock could be fed and the family dressed in new shirts, dresses and skirt. Artists designed the fabrics in rich tones that added only five cents to the cost of a bag of feed. A bargain in those days. 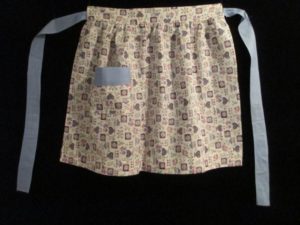 Apron made from feed sack material.

With creativity, a housewife’s ability to add charm to her home became possible. A little rickrack. A crocheted collar. Embroidered designs. Smocking. A needle and thread allowed a bit of fabric to become beauty in the midst of difficulty. By the middle of the 1930’s, over 3 million women, including Elanore Roosevelt herself, wore dress sack creations. Women organized Sack and Swap parties to trade dress-print bags. Some women exchanged remnants from their home projects to coordinate colors needed to stitch a quilt. 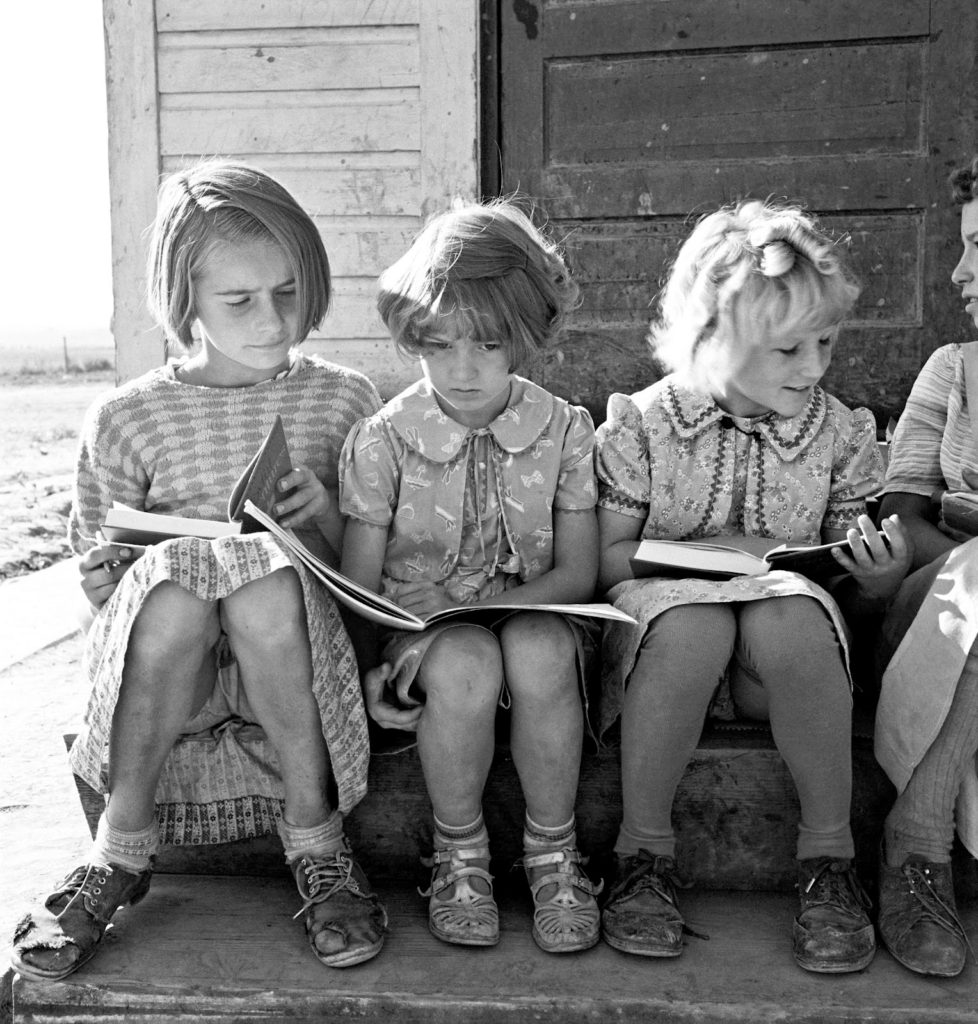 With the wisdom of youth, Dennis McCann observed, “Those must have been depressing times, those long ago days of bread and milk, of feedbag clothes and canned weed dinners. Of little or nothing.” Jane Tamse countered in her feeble, quivering voice. “Those were frugal days, but they left us with a happy childhood.” 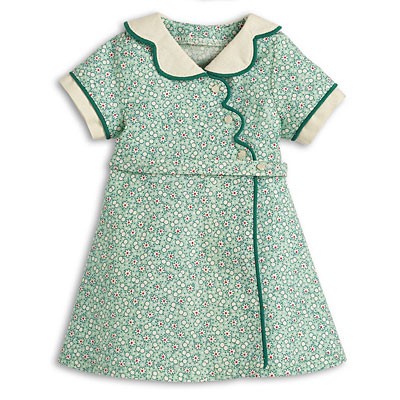 Dress made from feed sack material.

After thirty years, I rediscovered the bag of my mother’s feed sack squares at age 63, just when my granddaughter, Ramona, turned 16. We took the project to a quilting guild. We went once a month for a year to finish stitching the quilt, using period piece fabric for the finishing touches. Now, Ramona sleeps in college under a quilt that she stitched. It’s layers are packed with love from her great-grandmother and her grandmother, who finally embroidered enough squares for a twin sized comforter. A cozy reminder of the strong women in our family from the 1930’s until now. 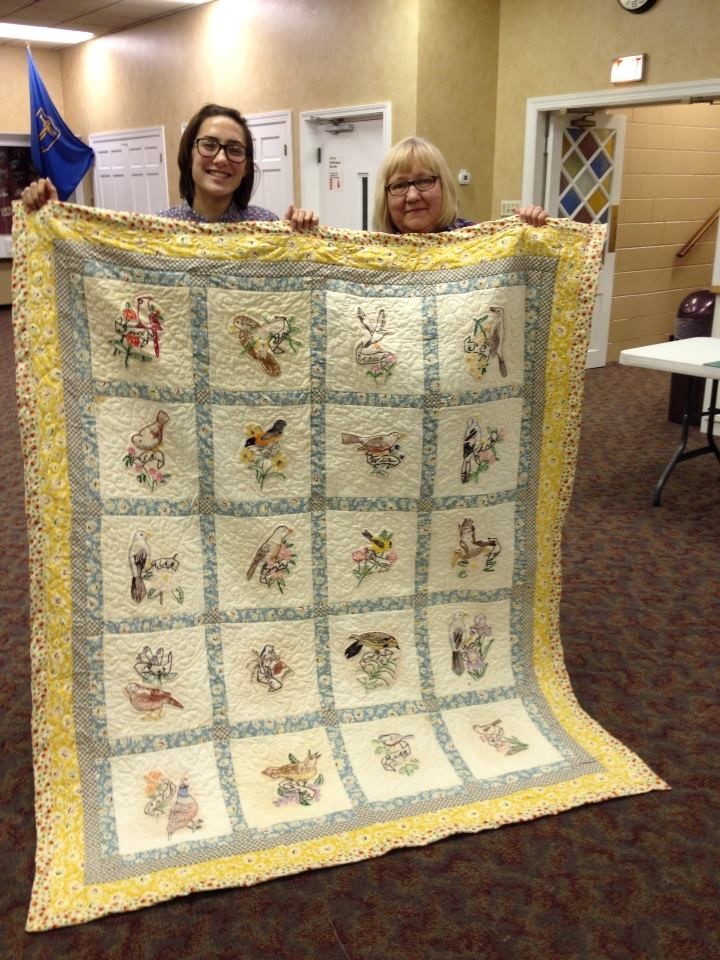 Ramona Clark and Cleo Lampos with finished quilt started by Cleo’s mother in the Dust Bowl with feed sack muslin squares and transfers from newspapers.

“Stitch together scraps of family love into a warm memory quilt that cradles in its folds encouragement and truth that still apply.”-anonymous

In the fall, 2016, the book, Dust Between the Stitches, by Cleo Lampos, will be released. An historic novel set in the 1930’s, Sunbonnet Sue is the featured quilt design in this illustrated glimpse into life in the Dust Bowl.