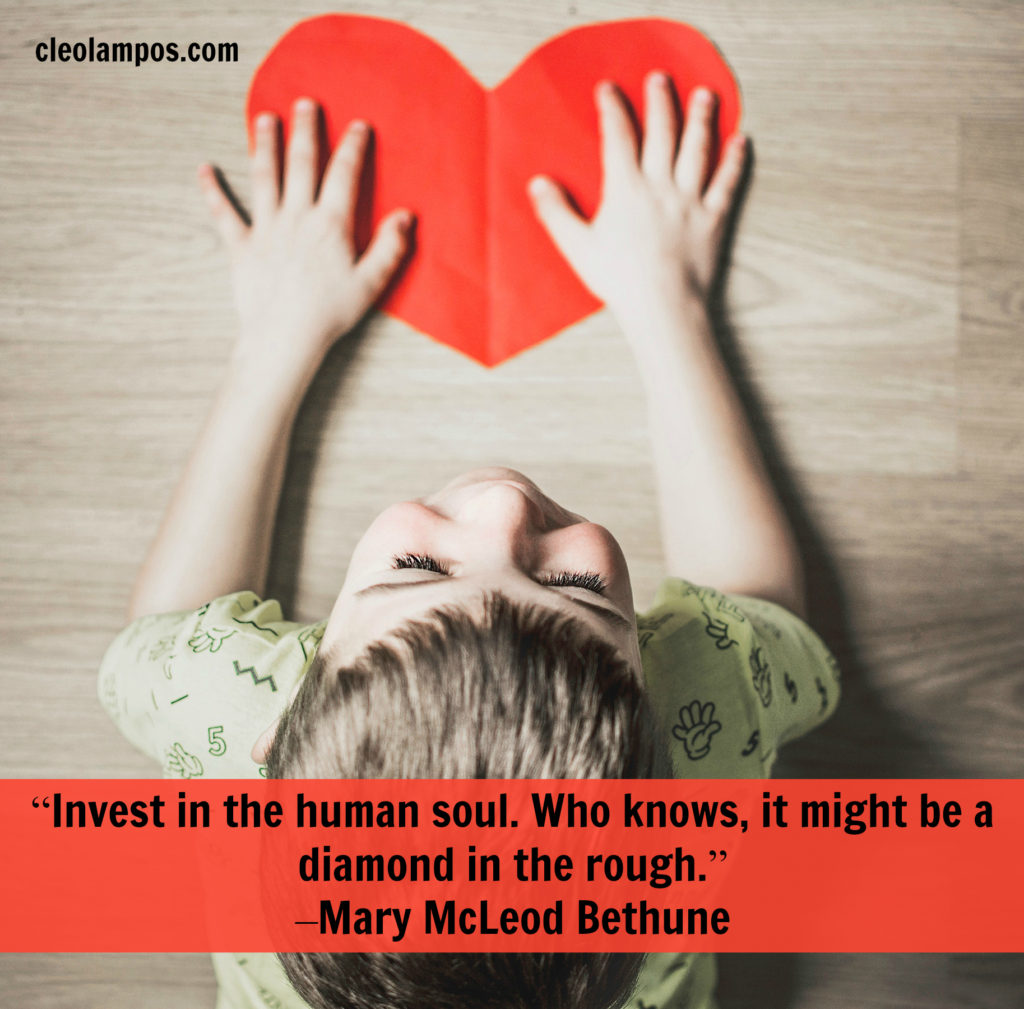 One of the college courses that captured my imagination was The History and Philosophy of Education. Yes, it sounds mind-numbing, or like a session of fingernails scraping a chalkboard, but our professor told stories. He regaled a class of rural students with the lives of real educators who practically clawed their way through challenges to get to school each day. That is why Mary McLeod Bethune became one of my favorite role models. Mary displayed five values that I carried into my classroom. These precepts still hold the power to transform today’s educators.

Families can be empowering.

Mary McLeod Bethune was born the fifteenth of seventeen children who lived in a four bedroom cabin on a sharecropper’s farm in Mayesville, South Carolina. Although her older siblings had been born into slavery, and the firstborn had been sold to another slave owner, Mary’s birth heralded freedom that her parents, Samuel and Patsy McLeod cherished. Frederick Douglass spoke for this family when he stated, “Education means emancipation.” The parents needed the siblings to contribute to the daily needs, but they all agreed to send Mary to the school taught by Northern missionaries.

Emma Jane Wilson recognized the quick mind of the little girl who walked five miles each way to the one-room schoolhouse. Mary absorbed all of Wilsons’ lessons, then went home to teach her siblings and parents what she had learned so they would be literate, also. Excited about books, Mary declared, “The whole world opened to me when I learned to read.” The McLeod family had gathered around Mary and made it possible for all of them to get an education. The power of family working together for a common goal empowered Mary. 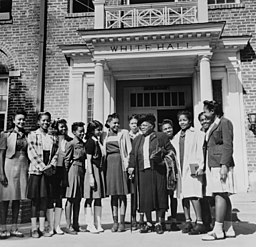 Daytona Beach, Florida. Bethune-Cookman College. Dr. Bethune saying goodbye to a group of students after resigning as president of the college

The fable of the tortoise and the hare is still told in classrooms for a reason. The hare never gave up.

Needing more education than she could provide, Emma Jane Wilson helped Mary to attend Scotia Seminary on scholarship from 1888 to 1893. Away from the embrace of her family, Mary suffered from homesickness and loneliness, but persevered and graduated. The following year, she studied at Moody Bible Institute in Chicago. A passion to be a missionary in Africa helped her to be away from her roots. She explained her dream: “For I am my mother’s daughter and the drums of Africa still beat in my heart.” Unfortunately, the mission board did not agree with her, so Mary returned to Mayesville and served in the Mission School as assistant to Lucey Craft Laney.

Under Lucey Laney, Mary mastered both teaching and school administrative techniques. She adopted Laney’s emphasis on character and practical education for girls. That philosophy easily coupled with a Christian missionary zeal as Mary’s life-long educational emphasis. Mary commented on her year with Lucey Laney: “I was so impressed with her (Laney’s) fearlessness, her amazing touch in every respect, an energy that seemed inexhaustible…She handled her domain with the heart of a master.” This time spent in the Mission School taught Mary how to persevere and realize her goal of teacher. Perseverance would be required all of her life as she fought for women and children. 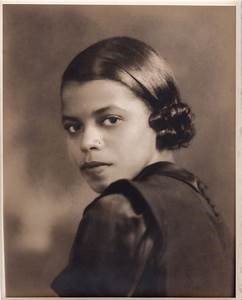 “Making do” was second nature to Mary, so starting a school for children with only $1.50 in cash did not discourage her. In 1914, she founded the Daytona Educational and Industrial School for Girls. From an abundance of orange crates, she taught her students to build desks and benches. For ink, the girls crushed elderberry juice for the pens that would write on smoothed-out butcher paper. Burnt wood created  charcoal pencils for daily use. Soon the classroom costing $11 a month bulged with 30 students.

The parents paid for board and tuition with items salvaged from their households: chickens, eggs, ham or bacon. Realizing that the school’s survival depended upon her, Mary taught the girls to make sweet potato pies, which sold easily in the neighborhood and at the resort filled with summer vacationers. Mary engaged in fund raisings as she brought the school choir to sing spiritual hymns and other musical pieces for donations at the resort. Soon, the school boasted over one hundred students learning academic lessons as well as self-sufficiency skills such dressmaking and cooking. After Bible Study at 5:30 in the morning, the girls applied themselves to the school’s motto. “Enter to learn: depart to serve.”

Needing frugality and creativity to survive, she pulled from her own deep well of conviction and resourcefulness. Mary approached the orange-growers and asked for the “pulls”, oranges that were withheld from the market because they did not meet store standards. Nothing was wasted at the school.

“I plunged into the job of creating something from nothing….I had faith in a living God, faith in myself, and a desire to serve.” Mary persevered. 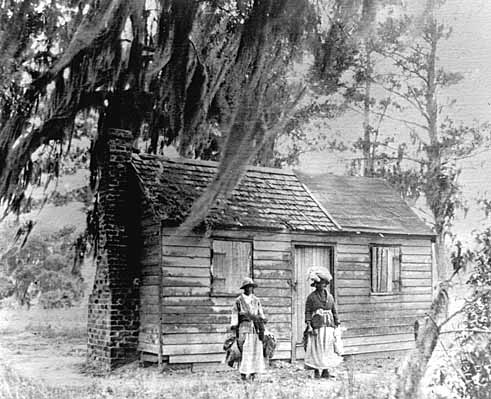 Perhaps Mary heard the historic words of Sojourney Truth as she spoke out against slavery. “I feel safe in the midst of my enemies, for the truth is all powerful and will prevail.” Maybe the faith modeled by Mary’s parents sustained her through difficult times. But one night, Mary’s own reliance on God was tested.

Mary worked with the African American community to recruit support for her school. This resulted in her becoming involved in the challenges and issues confronting a segregated society. Working with black voter registration made her a target of the Ku Klux Klan. The KKK decided to use their night-rider tactics to intimidate her.

One evening, horses and cars traveled down the lane to the school. Men clad in gowns with hoods rode the horses that beat their hooves on the dry ground. The automobiles carried more hooded men with guns shining in the moonglow.  The torches and car lights encircled the building with eerie light.

Mary and some students stood their ground on the steps as the Klan threatened to burn down the building. One of the children began singing a hymn, and the rest raised the words of faith into the black night. With just music between torches, guns and certain destruction, Mary stood straight. The gowned group slithered away down the lane, never to return to Mary’s school. 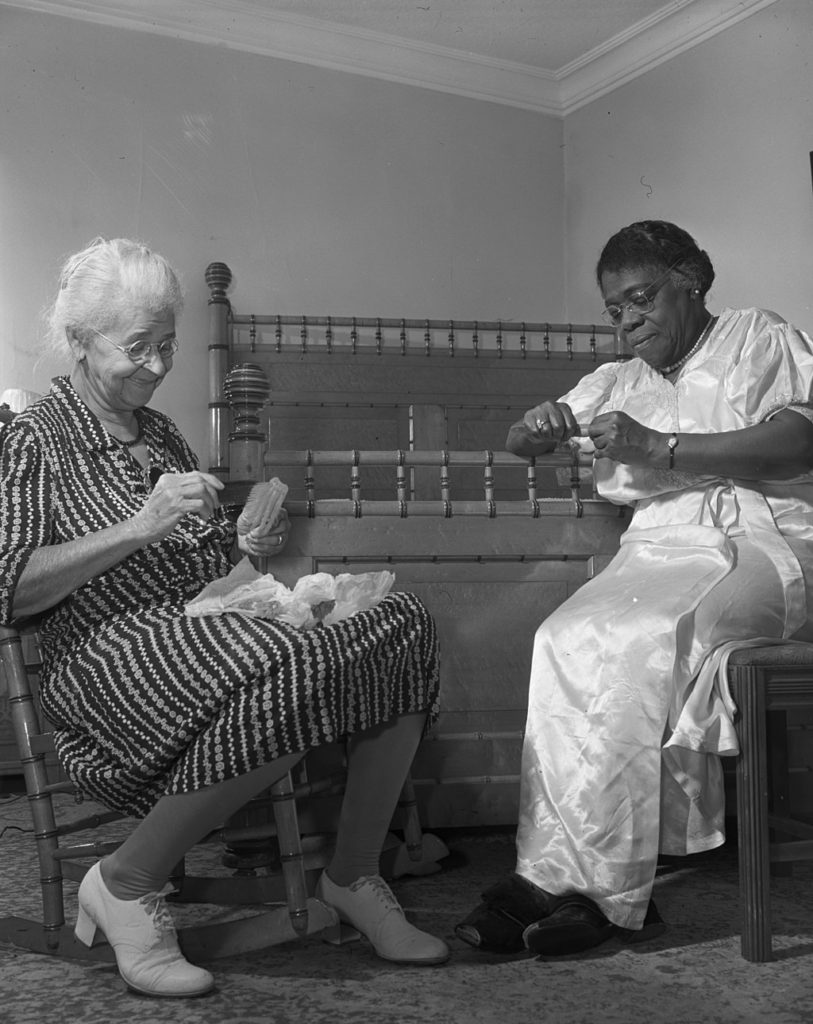 Mary’s legacy was a large family who loved its children. She agreed with Frederick Douglass who said, “It is easier to build strong children than to repair broken men.”

Mary poured out her life for the future generations of youngsters in Florida who did not have access to standard education. She worked in the government under President Roosevelt to create equal opportunity for all citizens. Her friendship with the First Lady, Eleanor, provided Mary with backing to create the Bethune-Cook College for students who otherwise may not have attained higher education.

“We have a powerful potential in our youth, and we must have the courage to change old ideas and practices so we may direct their power toward good ends.” Mary realized the potential of our nation’s students.

Having read the biography of Mary McLeod Bethune, my own teaching career seemed more predictable than this pioneer’s had been. Her lessons of family, perseverance, frugality, faith and vision for students became one of the models on which I relied. What I have learned from history is that our forerunners were full of wisdom.

“I have learned that success is to be measured not so much by the position that one has reached in life as by the obstacles which he has had to overcome while trying to succeed.”  – Booker T. Washington 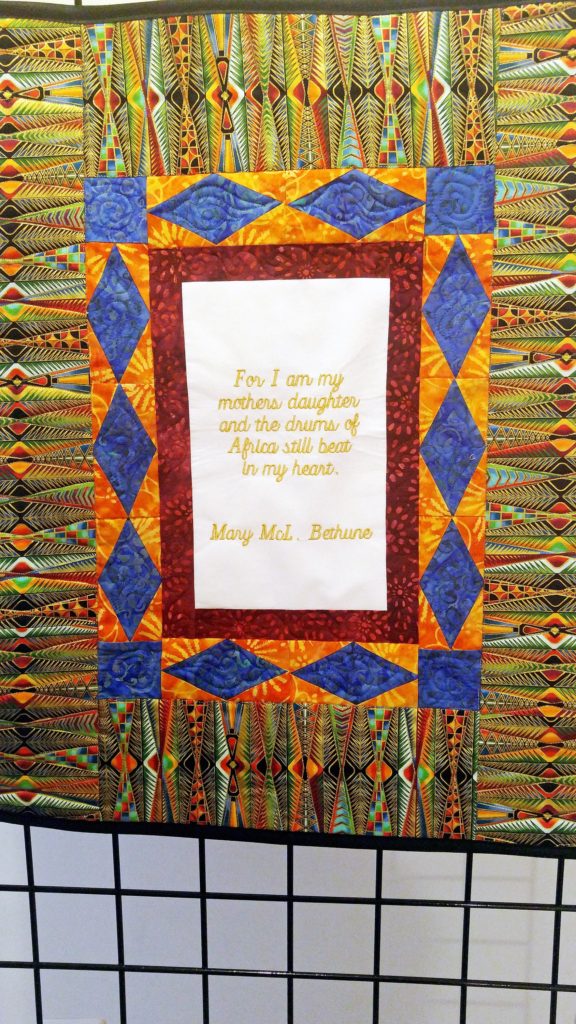