Star Quilts: A Study for Mathematicians 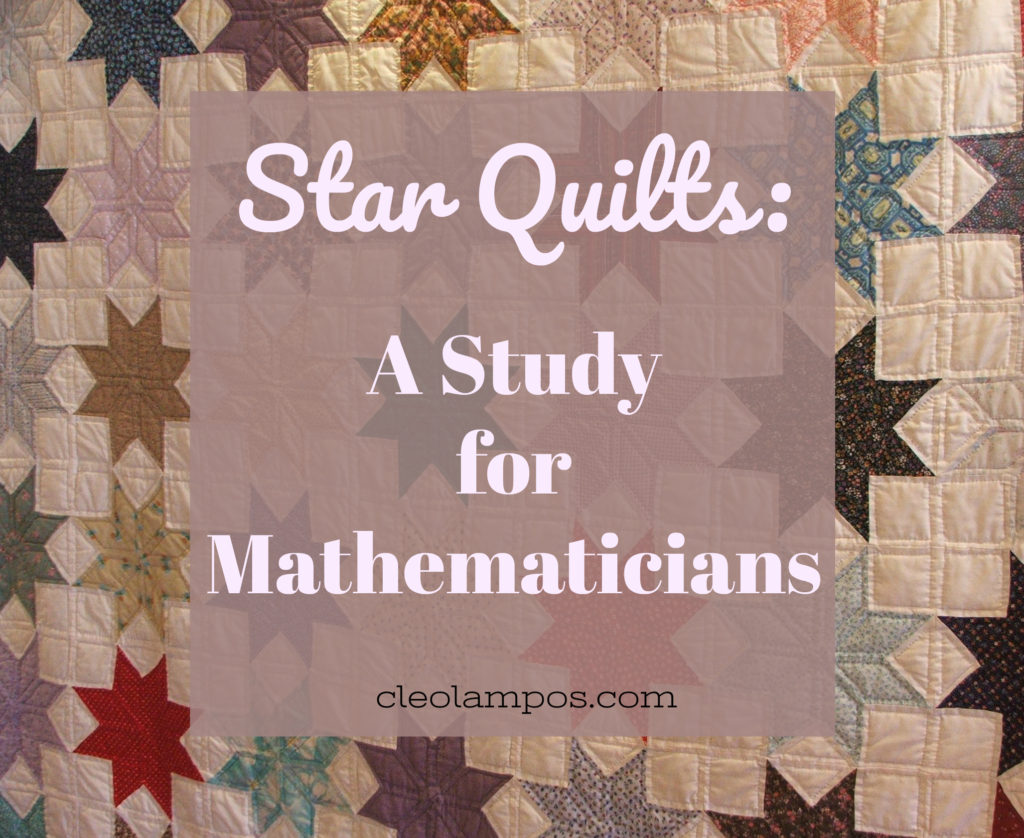 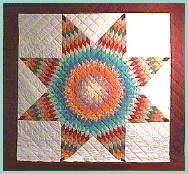 Quilt made by Polly, a Hidatsa-Arikara artisan

Ask a quilter if they are good in math and most will answer, “Not really.” But glancing at any comforter, one realizes that quilt makers need to apply a working knowledge of linear measurements to determine the amount of material needed. They must use patterning in fitting pieces together. All of the topics of algebra, arithmetic and geometry are combined in quilt making. Creating the iconic star quilt of the Lakota culture presses the knowledge of arithmetic concepts. It also requires an understanding of the culture of the Native American Star Quilts.

The reason for quilt making by Lakota women resulted from changes in the lives of Northern Plains Native Americans in the late nineteenth century.  The Lakota were a people who hunted bison skins and painted them in an art form that related stories. When the buffalo became extinct, the women turned to the quilt making that their daughters learned from the missionaries at boarding schools. The girls applied traditional geometric patterns used in beadwork and buffalo-hide designs to quilting.  The star pattern became the trademark design that connected the newly acquired cloth design to the Lakota culture.

Now for the mathematics. A star quilt requires the material to be cut into rhombus, or diamond-shaped, pieces. Eight rhombus pieces are placed with the smaller angle rotated about a central point.  This forms the initial star pattern from which other rhombi are added outward to form an eight-pointed star. Precise cutting and sewing are required to create a finished top that is flat. Being able to mentally visualize where the pieces will be sewn by using symmetry and rotation is valuable. Having used these mathematical skills in beaded patterns and porcupine quill work created the transference of skills to working with cloth for the Lakota quilters. The beauty of geometric patterns on buffalo skins moved to beauty of angular patterns on fabric. The math remained constant. 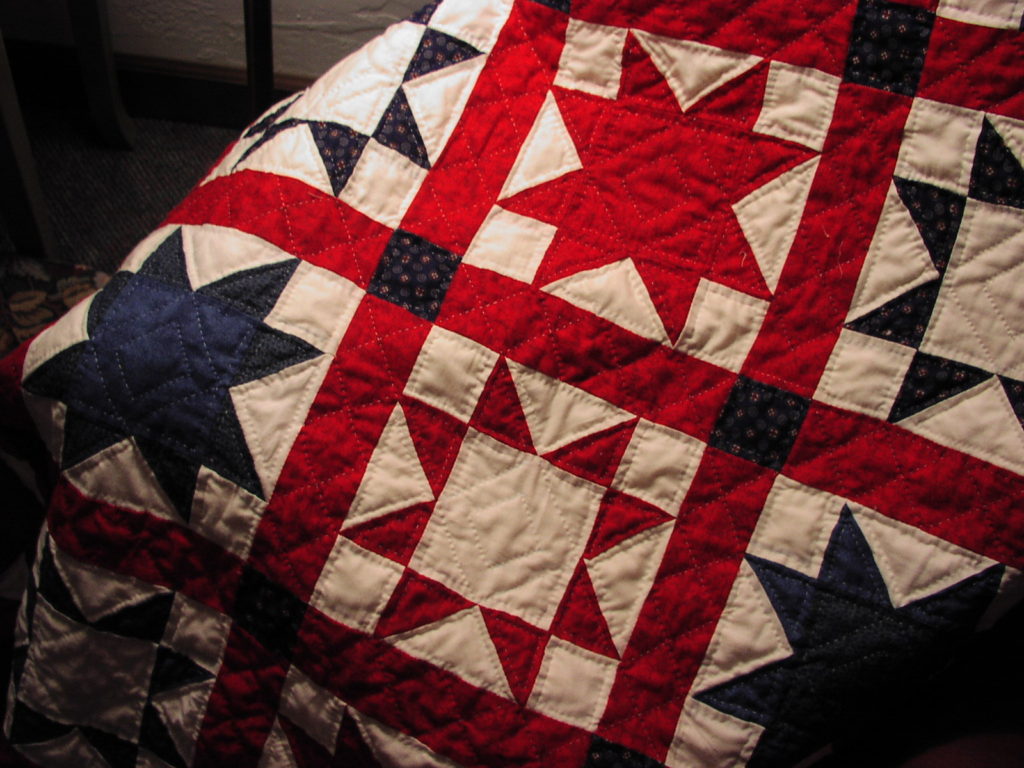 Much of the fabric used in star quilts is hand dyed from natural sources, such as plants and roots. The colors incorporated in the star quilt tell a story similar to that of the painted buffalo hides. Red, black, white and yellow are symbolic colors for the Lakota.  According to Black Elk, “Black is for the west where the thunder beings send us rain. White is for the north, where the great white cleansing wind comes. Red is for the east where springs the light and morning star. Yellow is for the south, where summer comes along with the power to grow.” These are traditional meanings for the colors used by the tribe.

A quote by Bonnie K. Hunter applies to the Lakota quilter makers. Hunter says, “She was not just passing time or doing a bit of show-off needlework, she was making a statement about herself.” Through her mathematically inspired creations, the Lakota craftswoman was transmitting the culture and heritage of a proud people.

Today, the star quilt still functions as the buffalo robes of another generation. The quilt replaces the bison robes at funerals as a covering for the final journey. Star quilts are given as a gift to newborns, or those who have achieved honors at school or sports events. A newly-wed couple or a family in mourning may receive a traditional comforter.  Generosity is important in the Lakota tribe, so the treasured creations are given, rather than kept, as a reminder to all that it is a privilege to have the capacity to share.

Lakota quilt makers agree that creating the star quilt involves one important mathematical principle. Multiply the blessing from your heart and your hands through giving.

Guess that means that quilters are good in mathematics.