Veteran’s Day – The Cost of Freedom

“A hero is an ordinary individual who finds the strength to persevere and endure in spite of overwhelming obstacles.” – Christopher Reeve 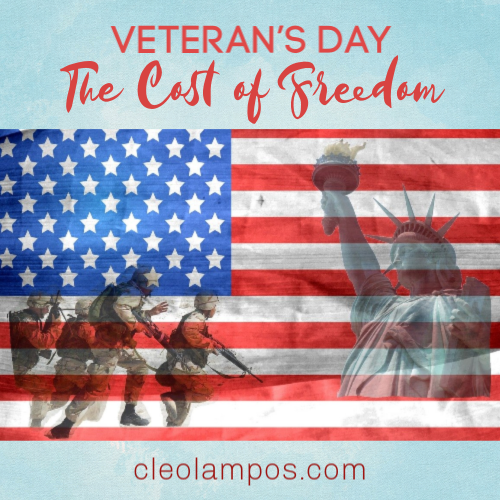 Every vet has a story.

Yesterday, I taught the significance of Holocaust Remembrance Day, which will be celebrated January 27, 2020. The members of the senior group at the Renaissance Academy grew solemn at the topic of the Liberators, those GI’s during WWII who entered the concentration camps and freed the prisoners.  The emotional pain of these men cut close to the hearts of many in this classroom. 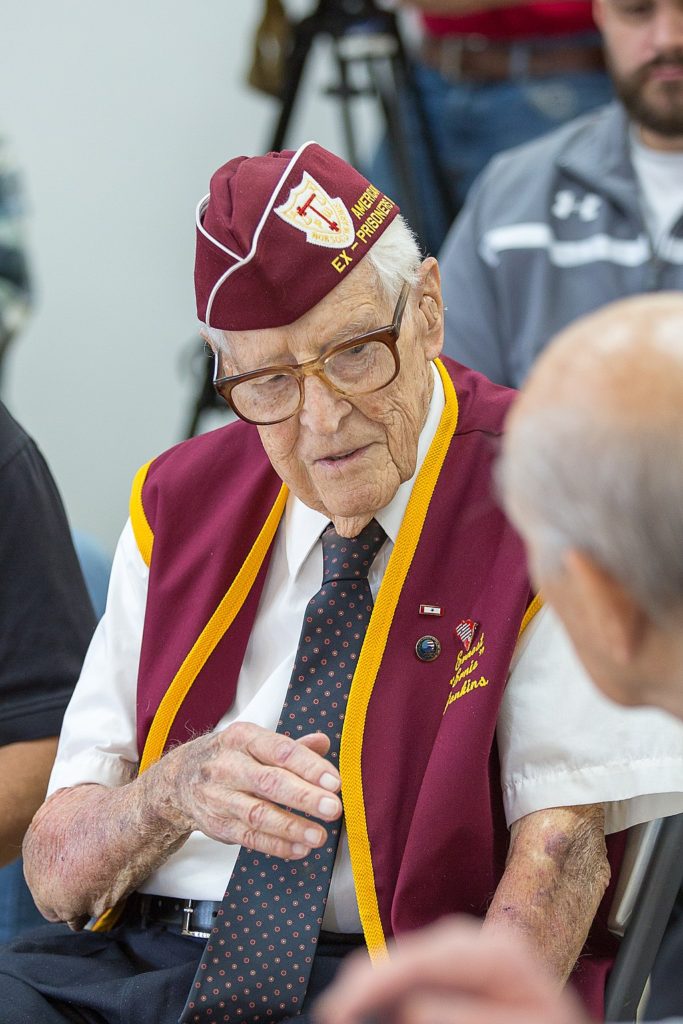 The Liberators have always been part of my life.  Although I was born in 1946 when the birth of freedom from WWII still evoked pain for so many, the story of the young men barely out of their teens who opened the gates of concentration camps in Europe morphed into our family legacy. An older cousin left the protection of a Midwest farm to march with his platoon half way across war torn landscape on a different continent. When he and his fellow soldiers stepped into the hell of the death camps, his soul and mind switched. The horrors that his unit witnessed overwhelmed his ability to cope. This young soldier came back to the routine of farm life, he stayed in the shadows, depressed, in despair. At midlife, he married and joined a rural church where congregants know how to love and heal broken souls. He died as one bearing scars and singing a broken Hallelujah.  In spite of everything he experienced he still believed that there is a God who reigns above. A legacy for our extended family. 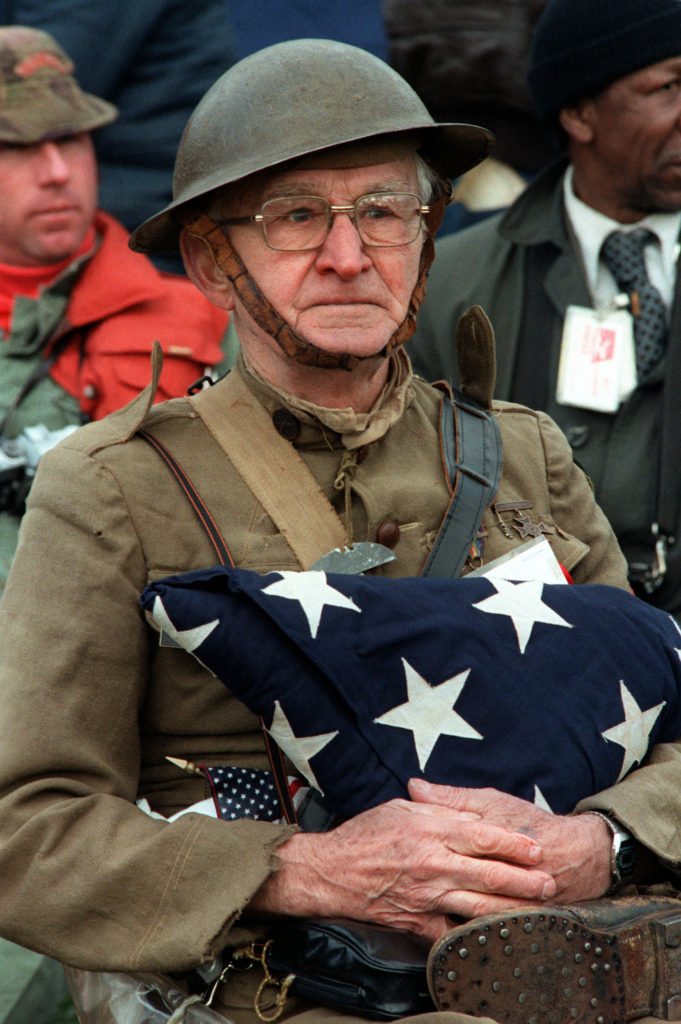 Joseph Ambrose, an 86-year-old World War I veteran, attends the dedication day parade for the Vietnam Veterans Memorial. He is holding the flag that covered the casket of his son, who was killed in the Korean War.

The human cost paid during WWII was always on my Uncle Mel’s mind. He drove visitors to Des Moines to the cemetery where all the young men who died during the WWII conflicts lay buried with white stones. Today I thank my uncle for these repeated rides to a place where respect for country is bred. Uncle Mel resolved that the next generation would not forget the sacrifice of these young Iowa farmers. As Winston Churchill said of those days: “This is no time for ease and comfort. It is a time to dare and endure.”

My peer group paid a price with the Vietnam War, with so many classmates returning with PTSD and a lack of self-esteem. I recently met the wife of a Vietnam Vet who has witnessed an uptick in the respect shown to that era’s soldiers. She and her husband are scheduled for the next Honor Flight to Washington, DC. It should be a trip where even more healing is possible. 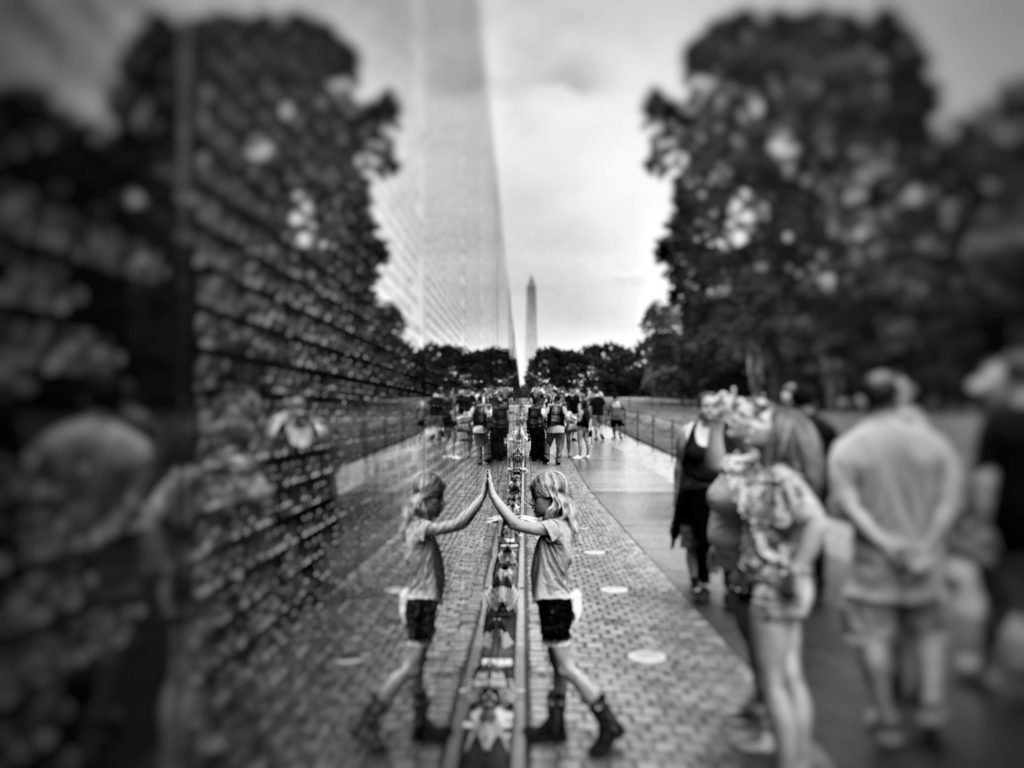 The group who breaks my heart is the military who serve in the Middle East. Two sons in laws deployed to Iraq, helped to fight the terrorists on their own soil. These young men barely out of high school returned to the US intact, but the internal scars they carry sometimes cause pain for those around them. The cost for freedom is evident.

It is the cost for freedom.

“The world breaks everyone, and afterward, some are strong at the broken places.”  – Ernest Hemingway